The end of an era came on Wednesday evening in the NFL. Well, it was the end of a pretty short and tumultuous era but nevertheless, the saga is over. Urban Meyer was fired as Jacksonville Jaguars head coach after 13 games in the 2021/2022 season.

This puts Meyer in the top 4 of the shortest head coaching tenures in the NFL. Since we are huge fans of the game here at PunditFeed and because every average NFL loves closure, we are now going to take a glance at where it all went wrong for Meyer in Jacksonville. At the end of the article, we may or may not share an opinion on the situation. 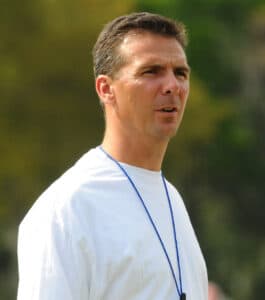 What mistakes did Urban Meyer make in Jacksonville?

It is safe to say that the signs of ineptitude were there all the way back in April and the offseason.

Meyer signs Tim Tebow to a contract to become a TE

What was met with jokes and light-hearted comments by media and fans turned to be a serious locker room morale destroyer. Tim Tebow, America’s sweetheart, was brought in by Urban Meyer as a tight end – a position Tebow had never played. Furthermore, the last time Tebow played any football was in 2013. The tight end to be was cut during the summer but many players were unhappy with his presence in the first place.

So, James Robinson is one of the better young RBs in the league but Meyer for some reason picked Travis Etienne with the 25th pick. It’s an old ‘’rule’’ in the NFL that you aren’t supposed to pick a running back in the first round but even so, this position did not require immediate improvement at the time.

After a week 4 loss to the Bengals in Cincinnati, Urban Meyer did not board the team plane. He stayed in Ohio and was filmed dancing with an unknown young woman in a bar. Needless to say, nobody on the Jags was happy with this and Meyer had to call a press conference just to apologize.

All of the above accompanied by the fact that the Jaguars had won only 2 games all season led to some locker room problems. Players such as Marvin Jones Jr voiced their displeasure with how the team is run. Meyer had altercations with the assistant coaches where he allegedly made them ‘’defend their resumes’’. The problem? Meyer was the one to hire these assistant coaches.

In Mid-December ex Jags kicker Josh Lambo said in an interview that he was kicked in the leg by Urban Meyer while stretching. He described the strength of the kick as a 5/10 and that words were exchanged after that. Meyer was fired by Shahid Khan 2 days later.

Why was Urban Meyer never fit for the NFL?

It turns out Urban Meyer is probably a better recruiter than he was a football coach. It is one thing to coach 19-year olds in college and it is a whole another story to deal with egos, pro players, and people that make more money than you.

Meyer wanted to control things, but the NFL is not the NCAA and he was in over his head. His game plans were bad, and his awareness of his own team was lacking. This couldn’t last much longer than it did. 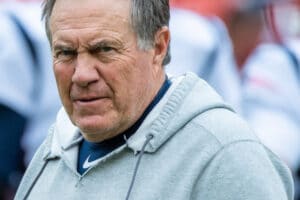