While it’s way to early to offer concrete predictions on who could win the MVP award for the 2021/2022 NBA season, we have seen enough to at least have an idea of who the main candidates are.

So, let’s take a closer look at the players with the highest chances of winning the NBA MVP award this season.

We all know what Kevin Durant can do on the basketball court. After all, Durant is the former MVP having won the award back in 2014. And while many doubted that he can get back to being one of the best players in the world after he suffered the Achilles Tendon injury that kept him out of the court for more than a year, Durant already proved last season that he is still at the top of his game. 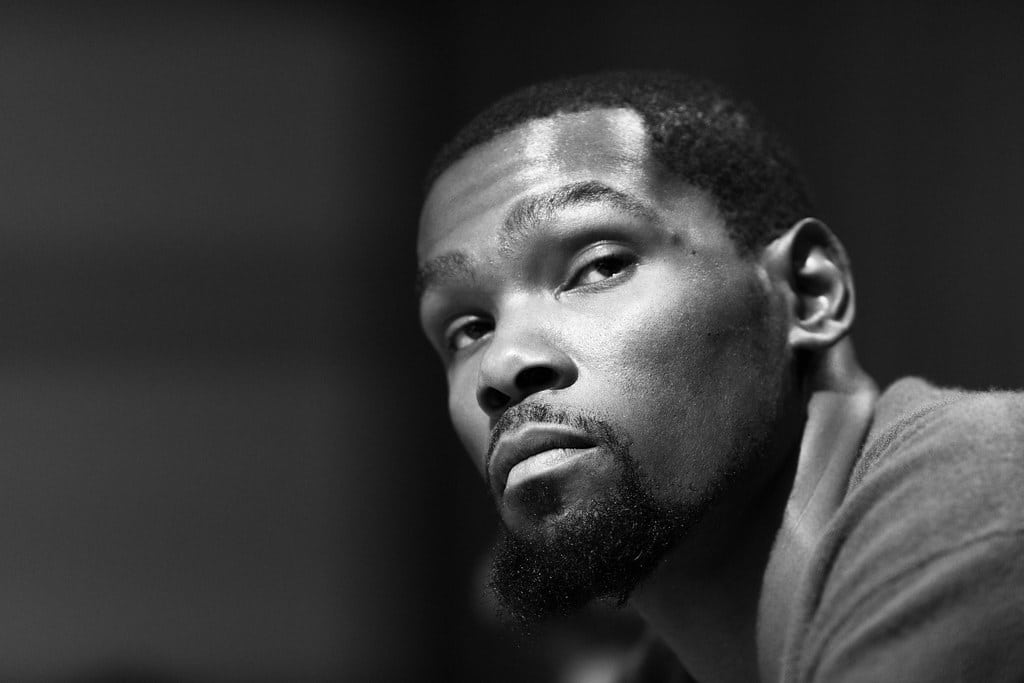 However, Durant is now having an even better season and he is at the top of the official Kia MVP Ladder at the moment, after overtaking Curry. Durant is averaging 29.7 PPG, 7.9 RPG, and 5.9 APG, on a .523 FG%. More importantly, Durant is the main reason why the Nets are the top seed in the East right now, despite Irving missing the entire season so far and Harden struggling in many games.

Since the start of the season, Curry has been the unofficial leader in the MVP race. And even now, after he’s been overtaken in the first place of KIA MVP Ladder by Durant, Curry is still the main favorite among the bookies – deservedly so.

The Golden Boy averages 27.00 points per game this season on .430 FG%. He also averages 5.4 3P per game, on .398 3p%. Add 5.5 RPG, 6.1 APG, and 1.6 SPG and Curry is definitely playing a great season. Steph also overtook Rey Allen on the top spot of most three pointers made in history of the league a few days ago and his Warriors are second in the West at the moment, so he’s case for MVP is pretty clear.

Even after he won the MVP award last season with more than 90% of first-place votes, it seems that Nikola Jokic is not getting enough respect for the things he does on the court. His impressive stats are somewhat hindered by the not-so-impressive record by the Nuggets so far, but can hardly be pinned on Jokic. After all, the Nuggets are playing without Murray and Porter Jr. at the moment, so keeping them in playoff contention is already a positive for the Joker.

That being said, team record has always played a role in the MVP voting, so the Nuggets will have to do better if Jokic is to win the award for the second time in a row. The number are there since Jokic is currently playing a historic season, even better than his MVP campaign. Right now, the Joker averages 26.3 PPG, 13.5 RPG, 7.5 APG, 1.3 SPG and 0.7 BPG. He also has 34.4 PER, the highest in NBA history.

Giannis Antetokounmpo – The Greek Freak Lurking from the Shadows

The two-time NBA MVP and the reigning NBA Finals MVP entered this season with a championship ring finally in his possession, so Giannis obviously has little left to prove. Still, the Greek Freak is always chasing greatness and while he is behind the other three MVP candidates at the moment, he is certainly in the conversation.

Giannis Antetokounmpo averages 27 PPG, 11.6 RPG, 5.8 APG, 1.1 SPG, and 1.6 BPG, which is quite impressive and a good reason why many frown when you mention him as a dark horse in the MVP race. Many would disagree and say that he is leading the race, especially since his defensive impact is not fully evident in the stats.

Honorable Mentions in the MVP Race

It seems that the race for the NBA MVP is still fully open this season, with these four players clearly above all others. Still, it’s worth mentioning Paul George, Jimmy Butler, Chris Paul, Luka Doncic, Trae Young, and Devin Booker, who are all playing at the highest level. Just not quite at the level required to be in serious contention for the MVP award.