More than a third of the NBA season has passed and Kyrie Irving did not play a single game, nor did he train with his team, the Brooklyn Nets, due to his refusal to comply with the vaccination rules in New York City.

According to the latest news from the team, Kyrie Irving will be brought back as a part-time player, which means that he will train with the team and play in away games for which is eligible for.

Why Kyrie Irving Missed the Entire NBA Season So Far?

As we already mentioned, the reason behind the Nets’ decision to keep Irving out is the New York City vaccine mandate, which requires residents to have at least one vaccine shot to enter indoor gyms, which also includes Barclays Center, the home of Brooklyn Nets. 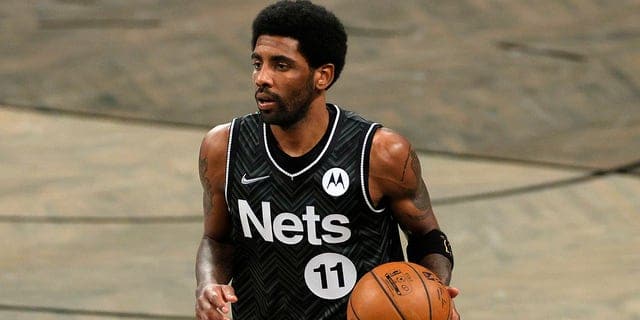 Irving’s refusal to get vaccinated against coronavirus meant that he couldn’t play in any home games this season, but the Nets decided to keep him out completely. However, it seems that the Nets have loosened their stance regarding Irving and the latest reports say that they will bring him back.

Since Irving still refuses to get the vaccine, he will only be able to play in away games for the Nets this season, in those states in which there are no vaccination mandates for coronavirus.

When Will Irving Be Back On the Court?

At this point, it is still not clear when will Irving get back to playing in games, but it seems unlikely that we will see Irving back on the court before the New Year’s.

First of all, the NBA announced that Irving has been placed in health and safety protocols just a couple of days after we heard that he is coming back. Along with Irving, a total of ten players from Brooklyn Nets have been placed in the protocols, which prompted the league to postpone their matches against Denver Nuggets and Washington Wizards.

So, Irving first has to clear the league’s health and safety protocols before he can rejoin the team, but that doesn’t mean that he will get to play straight away. The Nets will first assess his fitness level before they decide whether he’s ready to get back on the court. Most likely, Irving will first have to train for a few days to get his conditioning up and only then will he get a chance to play basketball again.

How Will Irving’s Return Affect the Nets?

Getting back a player of Irving’s caliber would be a huge boost for any team, so there’s no doubt that Irving can help the Nets in their quest for the NBA title, even if he only ends up playing in away games.

That being said, the Nets have done well so far without Irving since the team is currently in the first place in the Eastern Conference, with a record of 21 wins and 9 losses.

Another question that needs to be asked is whether Irving’s return will affect the team’s chemistry and whether the players will accept sharing a locker room with a teammate that practically bailed on the team this season. Like always, time will give us the answer.