Nobody expected miracles from Houston Rockets this season and finishing at the very bottom of the standings were the projected expectations for the franchise.

However, one win in the first fifteen games is still a shockingly bad start of the season and the Rockets might be heading for the not-so-flattering title of the worst team in NBA history. 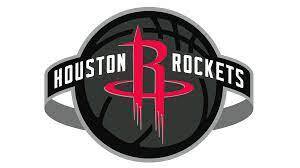 The Worst Seasons in NBA History

So, it’s still early to say whether the Rockets will join some of the worst teams ever to play in the NBA, but they are on a dangerous path. For example, if they keep the same winning percentage, they would end the season with a 5-77 record, which would take the top spot in that infamous company of the worst NBA teams. But it’s not fair to extrapolate the data this way since we’ve already seen how some teams can turn things around.

Can the Rockets Turn Things Around?

The biggest problem at Houston is not their outrageously bad record at the moment, no matter how silly that sounds. The Rockets look so disoriented as a team on the court, but also as a franchise when it comes to the direction they are taking. Here are a few pressing issues they face:

The Saga of John Wall’s Contract

First of all, Rockets have John Wall on a humongous contract. Wall’s contract guarantees him $44,310,840 for this season and $47,366,760 for the next one, if he decides to exercise player option, which he undoubtedly will. This puts Wall tied for the second place with James Harden for the highest-paid player for the 2021-2022 season, only behind Steph Curry.

The most absurd thing in this entire situation is the fact that the Rockets decided to let Wall sit out the season so they can develop Kevin Porter Junior. They can try to trade him, but no one will take that contract out of their hands, so their only other option is to waive Wall and stretch his contract, which is far from ideal.

The Unclear Style of Play and Roster Issues

The Rockets seem so bad on the court mostly due to their lack of talent, but also because they don’t really have a clear style. For example, they lead the league in pace at the moment, but they are only in the 27th place when it comes to scored points per game and last in offensive rating. Also, playing such fast basketball with a traditional center like Christian Wood doesn’t really work. And while Wood delivers solid stats with 16 points and 11 rebounds per game, it seems that the center is playing for himself mostly.

Singing Daniel Theis to be the team’s backup center/power forwards also doesn’t make much sense knowing that the Rockets have a talented rookie Alperen Sengun on their roster, who could use those minutes to develop properly and gain experience. The 2nd overall pick from this year’s NBA draft Jalen Green is showing flashes of his potential, but he is pretty much a work in progress. 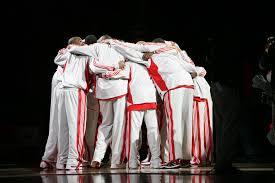 So, it’s hard to tell whether these Rockets can improve their game this season and only time will tell us that. But judging on the things we’ve seen so far, these Houston Rockets could go down in history as one of the worst NBA teams ever.