Mohamed Salah is running away with the Premier League Golden Boot this season. He netted twice in Liverpool’s victory against Leeds to take his tally to 19.

His Liverpool teammate Sadio Mane is, however, hot on his heels. The Senegal international has 11 for the current campaign. He’s third in the leaderboard, behind fellow Reds attacker Diogo Jota, who has 12.

In fact, Jurgen Klopp’s side occupy the top three for both goals and assists this season. In the assists table, Trent Alexander-Arnold and Salah are joint top on 10. Andy Robertson follows close behind on nine. The impressive records don’t stop there, with Mane now on ten or more goals in his last eight Premier League campaigns.

Furthermore, the forward took his league tally to 106 goals. He now sits second in the all-time African Premier League goalscoring list. Chelsea legend Didier Drogba has fallen to third with 104, with Salah sitting top of the pile on 116.

There have been many iconic African players in the Premier League over the years. That includes Salah and Mane, as well as former Chelsea pair Drogba and Michael Essien. Man City legend Yaya Toure and current player Riyad Mahrez are also on the list.

And enigmatic strikers Pierre-Emerick Aubameyang, Emmanuel Adebayor and Nwankwo Kanu must also be involved in the discussion. Of course no debate on African icons would be complete without Bolton legend Jay-Jay Okocha.

But who is the greatest African Premier League player of all time? 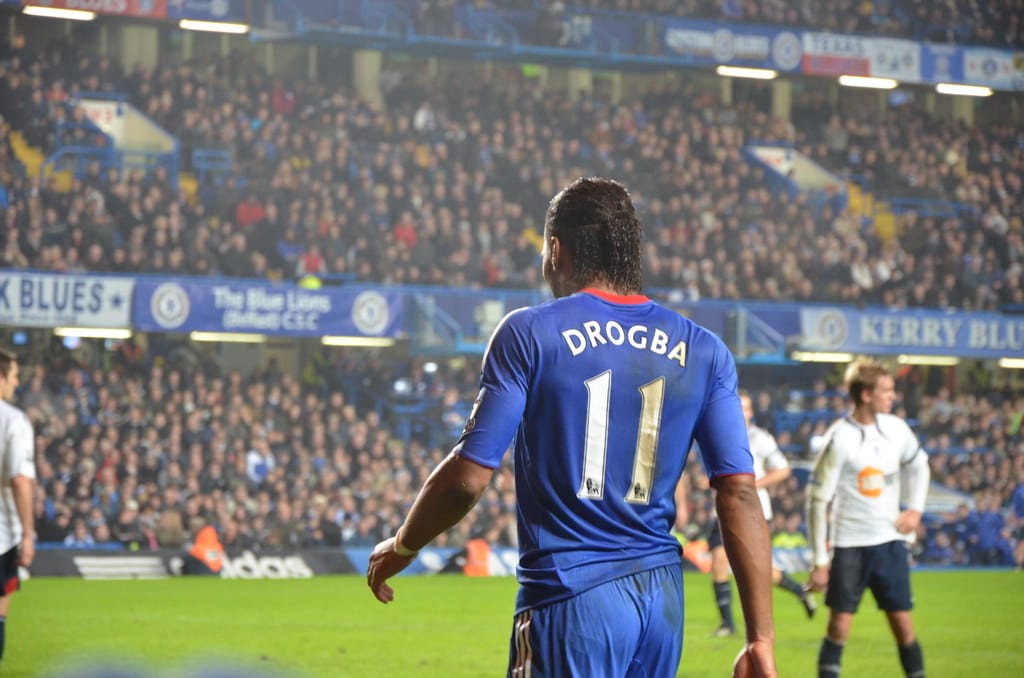 Is Salah the best African to play in the Premier League?

It’s not all down to goals and assists, but it’s hard to look past Salah as the very best of the lot. The Liverpool forward has been simply incredible since arriving back in England from Roma in 2017.

His dazzling dribbling, outrageous finishes and consistent performances have brought huge success to Klopp’s side.
And when it does come down to goals and assists, Salah’s record speaks for itself. His 116 strikes and 44 assists have come in 182 matches.

There are, of course, a handful of players who would want to deny either Salah or Mane the crown. And it is hard to look past Drogba in this respect.

The former Chelsea striker terrified opposition defenders in England for years. His first period at the Blues resulted in three league titles. He then returned after spells in China and Turkey to win another.

On an individual level, he won two Golden Boots. The former Ivory Coast international will forever be a Chelsea and Premier League legend.

But Drogba’s compatriot Yaya Toure was also a serial winner during his time in England. The Premier League legend won three league titles at City. His stunning strikes and dominant displays will be remembered long into the future.

But are both Drogba and Toure now behind Salah in the list of the Premier League’s greatest ever African players?