Joao Felix is wanted by Arsenal, with manager Mikel Arteta eyeing the forward as his ideal summer signing.

According to El Chiringuito (via Sport Witness), ​​the Gunners want to land Felix at the end of the current campaign. It comes as Atletico Madrid boss Diego Simeone reportedly wants to bring in Valencia attacker Goncalo Guedes.

Any move for Guedes would certainly impact Felix’s future at the club. And Arsenal want to jump on this opportunity as early as possible.

The young attacker has failed to hit the heights expected of him in recent years. He burst onto the scene as a teenager at Benfica, before making a big-money switch to Atletico. Now 22, Felix will be keen to find his best form yet. This would involve regular playing time, something he hasn’t managed in Spain.

Form has, however, also been an issue. After netting 20 goals in 43 Benfica games, he has just 23 goals in 100 Atletico matches. Goals are, of course, not the be-all and end-all for the forward. But his overall creativity has definitely taken a hit since his move to La Liga.

Arsenal now reportedly want to offer the youngster a fresh start. But where would he fit in under Arteta? 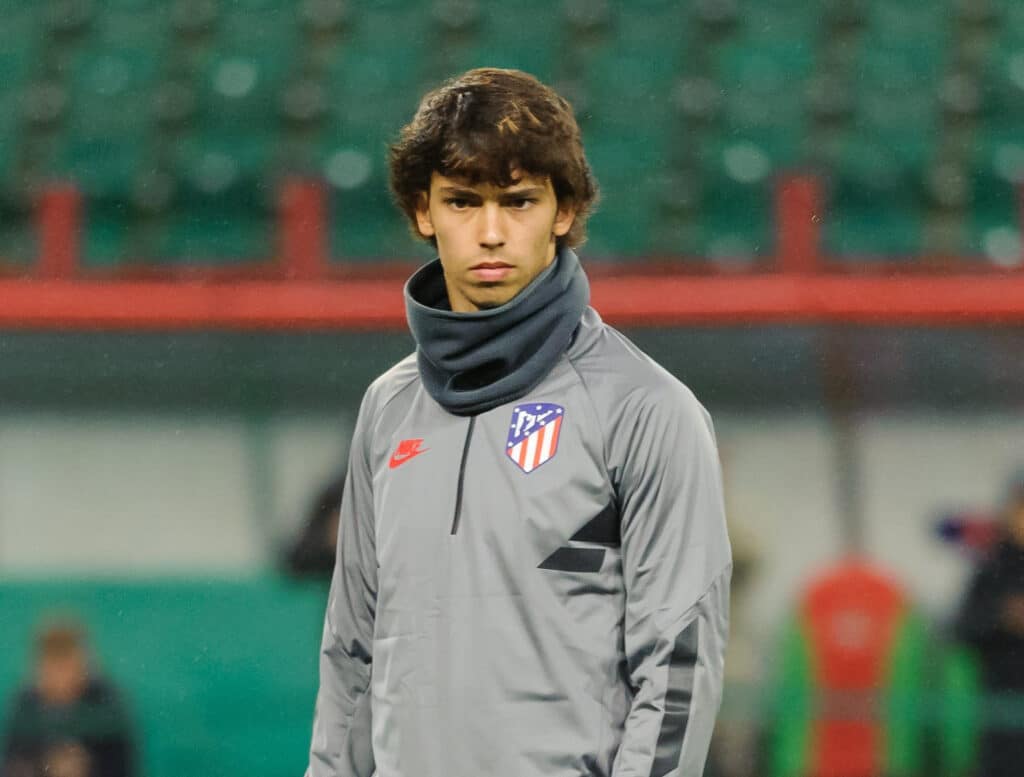 It’s clear that Arsenal are having issues in the final third. Pierre-Emerick Aubameyang has left for Barcelona, with both Alexandre Lacazette and Eddie Nketiah potentially leaving in the summer.

The likes of Dusan Vlahovic, Alexander Isak and Jonathan David were all strongly linked with a move to north London last month. But none of these moves happened, leaving Arteta with Lacazette as his starting striker.

Fortunately for the Gunners, their young attacking midfielders have stepped up. Trio Bukayo Saka, Emile Smith Rowe and Martin Odegaard have all been in fine form this season.

One more name could now be added into the mix. Felix has, however, proven that he can operate in a more central role. Along with his experience on both wings, the youngster has featured in both a centre forward role and second striker role for Atletico this season.

Could Felix be the man to fill that gap up front for Arteta? The Spaniard has more often than not opted for a 4-2-3-1 formation this season. That often changes to a 4-4-2 when out of possession, with a 4-1-4-1 formation also utilised a handful of times.

With his pace and direct running, Felix could certainly occupy a lone striker role. He would be able to bounce off the likes of Saka, Smith Rowe and Odegaard around him.

And if it is a top two, it’s a situation that Felix knows well. He has accompanied former Liverpool striker Luis Suarez in a front two for Atletico this season. Both scored in the role in their latest match against Osasuna.

Creating chances will undoubtedly be the area that Arteta will look to improve with the young forward. The potential is certainly there. But many fans believe that Simeone’s defensive-minded tactics have not allowed Felix to fulfil his full attacking ability.