Paulo Dybala will leave Juventus this summer, as reported by Fabrizio Romano.

The forward has been in a lengthy contract dispute with his current club. And it has now become clear that he will leave as a free agent at the end of his current deal, which ends in June.

He has struggled with injury this season. But when fit, he’s shown just how much of an asset he can be. The forward has 13 goals and six assists in 29 matches in all competitions.

Dybala has 113 goals in 283 matches for Juventus. He also has 48 assists for the Italian giants. But his time in Turin looks set to come to an end. The Argentine joined from Palermo in 2015.

Several top European clubs will undoubtedly now look to make a move for the 28-year-old. But which Premier League team could be strengthened with Dybala among their ranks? 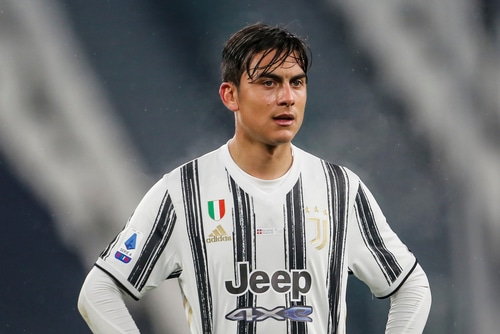 Tottenham Hotspur have reportedly been long-term admirers of the Argentine. They have, however, found an alternative Juventus star in the form of Dejan Kulusevski. The winger is on loan from the Italian side, but Spurs will most certainly want to make it a permanent move with the way things are going.

Moreover, both Dybala and Kulusevski share many attributes. The attackers enjoy cutting on from the right, and shooting or finding a pass with their favoured left foot. They have also shared many of the same roles on the pitch in recent times. Both have played in attacking midfield and on the right wing.

Dybala could, therefore, no longer be wanted by the north London outfit. That said, there are clearly strong links between the two clubs. Both Kulusevski and Rodrigo Bentancur joined from Juventus in January.

Could Manchester United make an offer?

Manchester United have also shown interest over recent seasons. They could now reignite that interest. At 28, the forward still has plenty to offer in his career. With the futures of Cristiano Ronaldo and Edinson Cavani increasingly uncertain, a player like Dybala could be exactly what is needed to fill the void.

Man Utd may want to focus on defensive reinforcements this summer, but a club of their stature will not want to pass on an opportunity like this. A new manager, however, is also on their list of priorities.

Dybala will most certainly be one of the most sought-after free agents in recent times. Other Premier League clubs will undoubtedly show an interest.

Arsenal could well be on that list. They have plenty of young, attacking talents, but an experienced head will unquestionably help them achieve their ambitions. It’s a long shot, but the Gunners could even look to turn the Argentine into a fully-fledged striker once again.

It’s a position that Dybala hasn’t played for some time. But Arsenal look to be in need of a centre-forward, and the Juventus attacker knows that role well.

Of course no high-profile transfer talk would be complete without Newcastle. It would be foolish to rule out the Magpies when it comes to clubs who might show an interest in the Juventus attacker.