Everton forward Richarlison could be on the move very soon. The Toffees are struggling in the league this time around, and may find it very difficult to keep their star names this summer.

There have, however, been a few reasons for Everton fans to smile. That comes thanks to youngsters Anthony Gordon and Demarai Gray. The pair have often lit up the pitch this season.

That burden usually falls on the shoulders of Dominic Calvert-Lewin and Richarlison. But both forwards have suffered with injuries throughout the campaign. If Everton were to go down, the exciting attacking duo could be the first to leave.

According to Fabrizio Romano, Richarlison is an option for Man Utd as they look to strengthen their attack for next season. But where would he play? 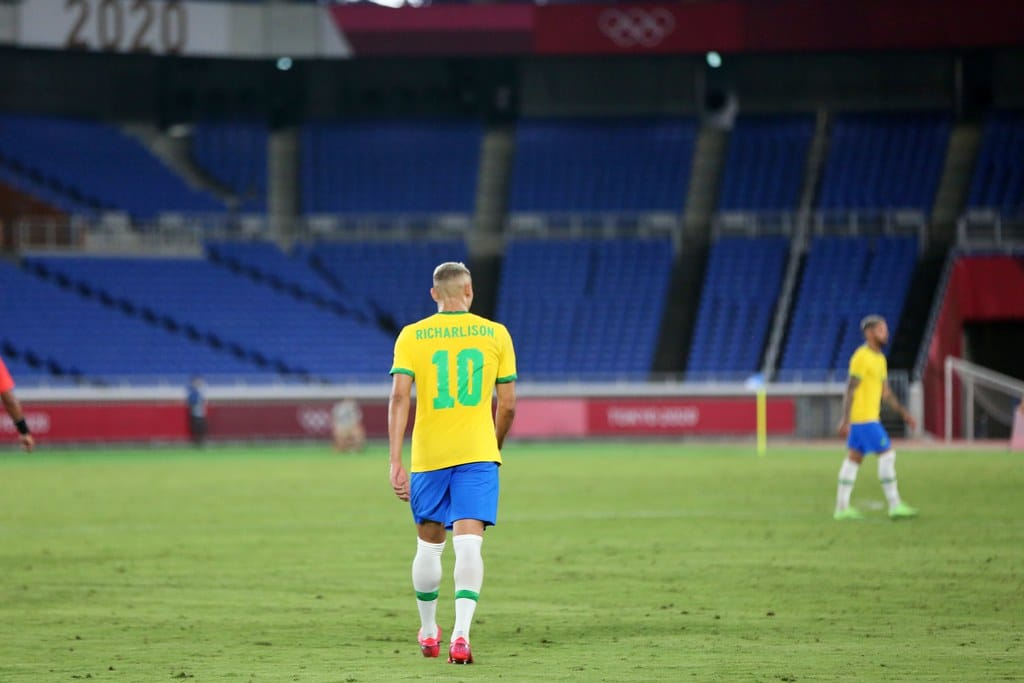 Where would Richarlison fit in at Man Utd?

It is believed that Benfica striker Darwin Nunez is a priority for Man Utd this summer. But Richarlison will also reportedly be considered as a backup.

Importantly, the two forwards are not entirely dissimilar. Both have great pace and are very direct. They enjoy dribbling with the ball, and are also very dangerous in the air.

Nunez has perhaps shown more often that he knows where the net is, but every English club is fully aware of Richarlison’s ability in front of goal.

The Benfica man has 32 goals this season, compared to Richarlison’s seven. The Brazilian has, however, missed out on much game time due to knee and calf injuries.

Moreover, both players really enjoy straying out wide left. This drags the defenders out with them, before cutting in on their stronger right foot. Both hailing from South America, the similarities in playing style are understandable.

Richarlison could, therefore, occupy a central forward role or indeed a role out wide left. He has done both this season. Four of his seven goals have come from centre forward, with the other three arriving from left-wing.

He’s also chipped in with two assists. And those have been shared across those two positions.

Would Richarlison improve the Red Devils?

The Brazilian hasn’t had his most prolific campaign in front of goal. But the form of his club has certainly played a huge factor. Everton haven’t been themselves, and are in real danger of the drop.

But Man Utd have been far from perfect. Cristiano Ronaldo’s future at the club is in doubt, and his exit would leave a huge gap up top. Edinson Cavani meanwhile looks certain to leave this summer.

Furthermore, Marcus Rashford and Jadon Sancho can certainly up their game. The pair haven’t exactly lit up Old Trafford in recent months.

The presence of young Brazil forward Richarlison could undoubtedly spark life into the Manchester outfit. It would also increase competition for places, something that Man Utd so desperately need.