The NBA playoffs are in full swing at the moment, so there’s little talk of the NBA draft right now. But soon enough, the 2021 NBA draft will come into focus and we wanted to talk about the top NCAA prospects.

The NCAA season is long over and we can look back at it now to check some of the top prospects. Here are our top five NCAA basketball players in 2021: 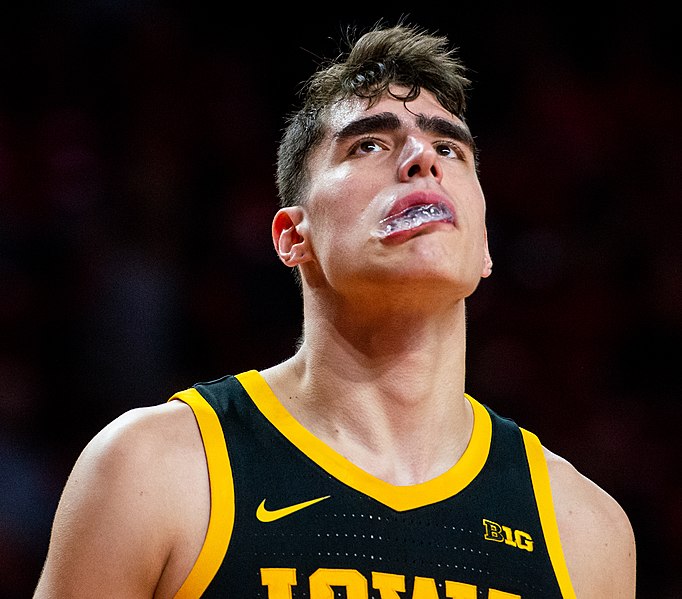 The NBA prospects for Iowa’s big man are not as high as they are for some younger players on our list, but Luka Garza has been crucial for the team in the past few years. Garza is Iowa’s leading scorer of all time and a true legend of the Hawkeyes.

Furthermore, the big man swept the NCAA individual awards this season, making him the consensus best player of NCAA basketball for the 2020-2021 season. During the regular season, Garza averaged 24.1 points per game and 8.7 rebounds per game. The center also shot 55.3% from the field and 44% from the three-point line.

The junior from Baylor will go into the NBA as the current NCAA champion after leading his team to the title in The NCAA Division I Men’s Basketball Tournament, popularly called March Madness. Butler was the best player on the court in the Championship Game with 22 points and 7 assists.

During the 2020-2021 regular season, Jared Butler averaged 16.7 points per game and 4.8 assists per game. Furthermore, he was one of the best defenders in NCAA basketball with 2 steals per game. Butler is a versatile player and primary ball handler, and he is one of the top NBA prospects for the upcoming 2021 draft.

Another versatile guard on our list, Jalen Suggs averaged 14.4 points, 5.3 rebounds, 4.5 assists and 1.9 steals per game this season in NCAA basketball. Widely regarded as one of the Top 5 prospects for the upcoming NBA draft, Jalen Suggs will certainly prove worthy of a high pick since he is a reliable shooter and good ball handler and passer.

Suggs was one of the most important players for the Bulldogs who reached the Championship game of the 2021 March Madness. Although his team eventually lost to the Baylor Bears in that game, Suggs was their best scorer in it with 22 points.

The USC forward had an amazing season as a freshman and he will immediately go to the NBA after the draft, probably as one of the Top 3 picks. His combination of size and speed, along with a soft touch and feel for the game, make him one of the best frontcourt prospects in recent years.

Mobley was the Pac-12 Player of the Year and Defensive Player of the Year in 2021. He averaged 16.4 points, 8.7 rebounds and 2.9 blocks per game. More importantly, he led the USC Trojans to the Elite Eight in the NCAA tournament for the first time since 2001.

The top NCAA prospect and the presumptive first pick in the 2021 NBA draft is Cade Cunningham, an all-around guard of Oklahoma State Cowboys. Even though Cunningham and his team had a disappointing showing in the NCAA tournament after losing in the second round, it hardly affected Cunningham’s NBA prospects.

During the 2020-2021 regular season, Cade Cunningham averaged 20.1 points, 6.2 rebounds, 3.5 assists and 1.6 steals per game. He is a creative passer, reliable three-point shooter and a very good defender, which is enough to make the best NBA teams interested in him.

We’ve seen who the best NCAA basketball players are at the moment, but we would also like to go back into history a bit and check the best NCAA players of all time: 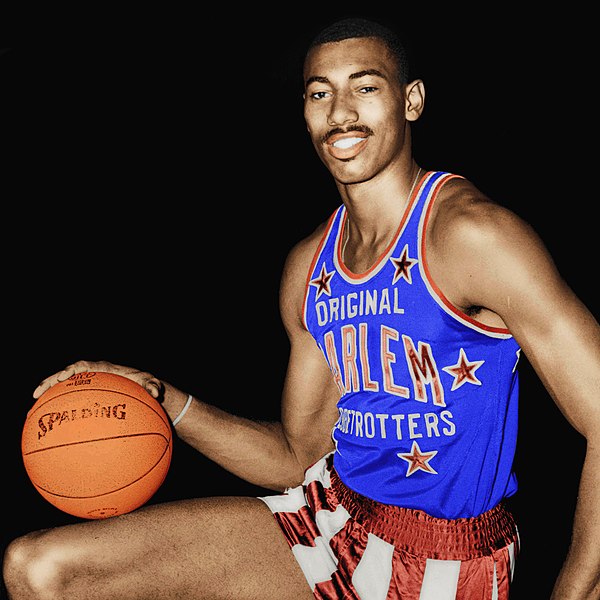 One of the first real NBA legends, Wilt Chamberlain was as dominant in the NCAA as he was in the NBA thanks to his size, mobility and vertical leaping. During his two years with Kansas Jayhawks, he played in 48 games and averaged 29.9 points per game and 18.9 rebounds per game.

Chamberlain was awarded the Final Four Most Outstanding Player in the 1957 NCAA tournament, despite failing to win the title with the Jayhawks.

As the all-time leading scorer in the NCAA, Pete Maravich certainly deserves a place on our list. During his NCAA career, he scored 3,667 points and no other college player has ever come close to this record.

Maravich spent three years with the LSU Tigers and he averaged 44.2 points, 6.4 rebounds and 5.1 assists in that time. He was not only a fantastic scorer, but he was also a true magician with a basketball, performing unseen passes and showing incredible ball-handling skills. Maravich was selected as the Naismith College Player of the Year in 1970.

As if being the player with the most NBA titles in history was not enough, Bill Russell also dominated in NCAA basketball before joining the Celtics. He spent three years with San Franciso Dons and led his team to two consecutive NCAA Championships in 1955 and 1956.

Bill Russell averaged 20.7 points per game and 20.3 rebounds per game during his NCAA career. He would probably be among the top shot blockers in the history of the NCAA as well, but these were not officially counted back then. In 1955, Russell was named as the NCAA Tournament Most Outstanding Player.

The Big O played 88 games for Cincinnati Bears and he won the national scoring title in all three seasons, with an average of 33.8 points per game. However, Robertson was so much more than a great scorer since he also averaged 15.2 rebounds and 4.8 assists per game.

Robertson also led the Bearcats to two Final Four appearances, although he failed to win the NCAA Championship during his college career.

Not many people will disagree with our conclusion that the best NCAA basketball player of all time is Kareem Abdul-Jabbar, formerly Lew Alcindor. Abdul-Jabbar spent three seasons with UCLA Bruins and averaged 26.4 points per game and 15.5 rebounds per game.

More importantly, Abdul-Jabbar always put the team first and thanks to his unselfish attitude, the Bruins have won three NCAA championships with him at the center position. He also won all individual awards in his college career, including being named the Final Four Most Outstanding Player in all three seasons.