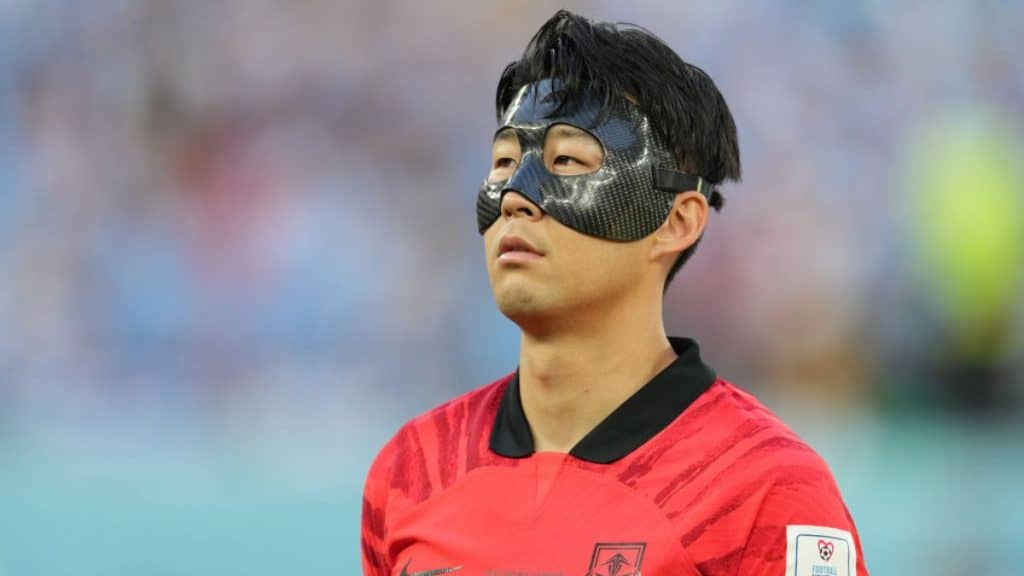 South Korea and Tottenham forward Heung-min Son couldn’t stand up to a selfie with a member of Ghana’s coaching staff moments after his country lost 3-2 to Black Stars in a thrilling Round 2 encounter on Monday afternoon. A member of Ghana’s coaching staff was pictured trying to take a snapshot with crying Son moments after the last whistle in what has been described ‘brutal’ selfie moment for the South Korean.

Heung-min Son was inconsolable after the hard-fought duel with Ghana, a match that the South Koreans appeared to be winning at some point but that was not to be as their heroic comeback from 2-0 in the first half to equalize a minute after the hour-match was short-lived.

Heung-min Son has endured a torrid time in the 2022 World Cup despite being the skipper for his country in the tournament. Son captained South Korea in their opening match against Uruguay in a clash that ended 0-0.

In the game against Uruguay, South Korea failed to register a shot on target with 44% ball possession. Heung-min Son was less than inspiring in the first game as he had just 41 touches and lost possession 17 times. A point from the 2022 World Cup opener must have handed South Korea some hope but now the Asian country is staring at a bleak future at the tournament.

The second game against Ghana’s Black Stars was hailed as one of the most exciting clashes in the 2022 World Cup. However, Heung-min Son who had 50 touches, and 2 key passes (one more than in the first match), couldn’t do much to help his country find the breakthrough. Again, Son lost possession 17 times in the second game and failed to register a shot on target.

In both cases, the 30-year-old forward captained the Taegeuk Warriors and played for 90 minutes. Failure to score in the first two group-stage matches in the 2022 World Cup means Heung-min Son has now gone without finding the back of the net in 8 matches. Son last scored in October, a brace against German’s Eintracht Frankfurt in a UCL clash. He hasn’t registered an assist in 9 games.

Do South Koreans have a chance against Portugal?

With just a point from two matches, South Korea’s chances of reaching the knockout stages are slim. They must win their last group-stage clash against Portugal to progress. But as things stand, victory over Portugal looks like a distant possibility despite beating the latter previously.

South Korea’s only win over Portugal in the only previous duel was in a World Cup group-stage match back in 2002. Portugal lost two players to red cards in that game, a setback that seemed to have worked in favour of the South Koreans as they scored 5 minutes after their opponents went down to 9 men.

Portugal beat Uruguay in Round 2 of the group stage and face South Korea in the last group-stage match. Given how Portugal has performed so far and with several top stars to rely on and not just Cristiano Ronaldo, a loss to South Korea is unfathomable in the second World Cup encounter between the Taegeuk Warriors and Portugal’s Selecao das Quinas.