Leicester star Youri Tielemans has a long list of suitors, with both Liverpool and Arsenal showing interest in the Belgian.

The Gunners and the Reds go head to head on the pitch in the Carabao Cup on Thursday evening. But they could also find themselves in an off-field battle in the transfer window. Both are in need of a midfield maestro. And Tielemans fits the bill perfectly. 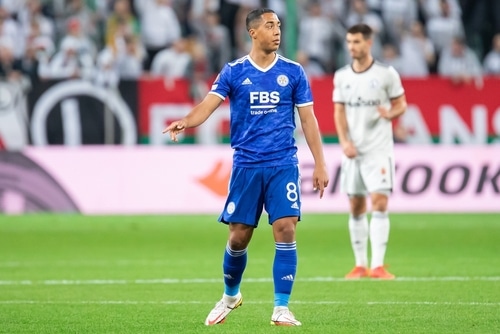 The 24-year-old has been a fan favourite ever since moving to the King Power Stadium three years ago. That was on an initial loan from Monaco, which was quickly made permanent given his bright start to life in England.

Tielemans has 17 goals and 16 assists in his 102 Premier League appearances so far. But the central midfielder is much more than that. Often operating in a deeper role, the Belgian can pick a pass, chip in with decisive tackles, and can also dribble effortlessly past opposition defenders.

This has seen him catch the eye of countless top clubs across Europe. Unfortunately for Leicester, he has just 18 months left on his contract. The Foxes are doing all they can to convince him to stay. But that is no easy task, particularly when the club find themselves 10th in the league table.

Arsenal in need of midfield reinforcements

Mikel Arteta is keen on strengthening his midfield this month. Goal claims that both Arthur Melo and Tielemans are at the top of his list. The former is currently playing in Serie A with Juventus.

Arsenal have lost both Thomas Partey and Mohamed Elneny to the Africa Cup of Nations. Ainsley Maitland-Niles meanwhile has made a loan switch to Jose Mourinho’s Roma.

Albert Sambi Lokonga is a recent recruit in midfield, but Arteta believes the area needs further strengthening if the club are to push for a place in the top four.

Youngsters Bukayo Saka and Emile Smith Rowe have been leading the way for Arsenal this season. But their strengths lie in the attacking side of things. Tielemans would be brought in to sharpen both the attack and the defence.

Is Tielemans the perfect fit for Liverpool?

Like the Gunners, the Reds find themselves desperately short in midfield. The loss of Georginio Wijnaldum has proved particularly worrying.

Captain Jordan Henderson and Fabinho have secured a regular place in Jurgen Klopp’s preferred 4-3-3. But that third spot has been hard to fill. That is first and foremost due to injuries. Thiago finds himself sidelined yet again, with his Liverpool career constantly disrupted by injury.

But a lack of consistency from certain players is also to blame. Naby Keita has often failed to hit the heights expected of him. And Alex Oxlade-Chamberlain, while also suffering from injuries, has failed to convince Klopp he is the man to start regularly.

Youngsters Curtis Jones and Tyler Morton meanwhile certainly have a bright future ahead. But Klopp requires more experience in that central area. At 36, James Milner is at the opposite end of the spectrum.

The manager needs to find the right balance between youth and experience, and Tielemans is seemingly the perfect fit. Jude Bellingham is another potential target, but the Leicester man would perhaps be the cheaper option.