Kylian Mbappe shone once again over the weekend for PSG. The deadly forward scored a brace in his club’s 5-1 thrashing of Lorient.

He also provided a hat-trick of assists. Two went for Neymar, with the other going Lionel Messi’s way. The star-studded trio all scored in the same match for the first time ever.

Earlier in his career, Mbappe spent a lot of time at right-wing. But his best position has evolved over time, with left-wing seemingly now his favoured spot in a front three. He has, however, also shone at centre-forward in an attacking trio.

The French international is also at home in a front two. He links up with another striker when on duty for his country. France manager Didier Deschamps certainly prefers to have two up top, and this system is certainly no issue for Mbappe.

He links up expertly with his strike partner, be it Olivier Giroud or Karim Benzema. The latter could soon be reunited with his compatriot at club level, with many reports suggesting that Mbappe’s next team will be Real Madrid. 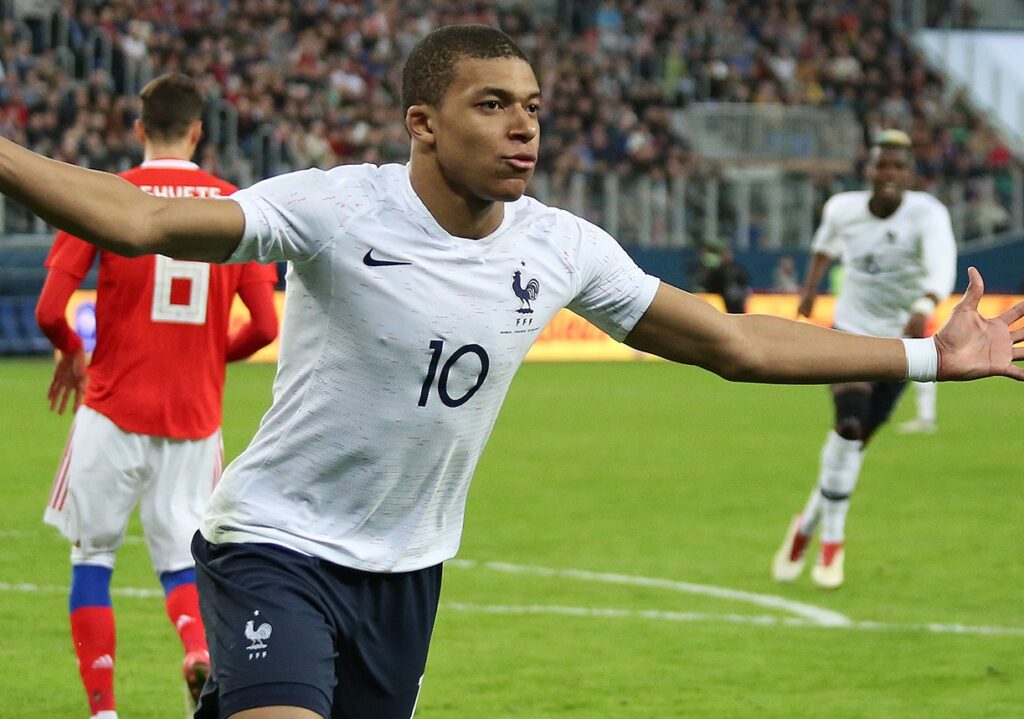 Where would Kylian Mbappe play at Real Madrid?

The PSG star will undoubtedly be brought in to accompany Benzema, as opposed to replacing him. The striker has been instrumental for Madrid this season. He is key to everything they do, and leads the club via the captain’s armband.

Benzema boasts 34 goals in his 35 matches in all competitions this season. He also has 13 assists. He will most certainly keep his place in the middle of a front three should Mbappe be acquired, meaning the PSG forward will play out wide.

One stumbling block in any deal could, therefore, be the presence of Vinicius Jr. The Brazilian is also having a stunning season in Spain. But he has played the majority of his football at left-wing, meaning Mbappe could be forced out onto the right.

Mbappe is equally as threatening on the right as he is on the left, so it would seemingly not be an issue for Madrid. But the France international may have his own ideas on where he wants to play.

Who will exit Real Madrid if PSG star arrives?

The arrival of the 23-year-old in the Spanish capital will undoubtedly see a high-profile Madrid name exit the club. The La Liga side will not only need to find funds for Mbappe, but will also need to balance their squad.

Lately, Marco Asensio and Rodrygo have been sharing the starting spot at right-wing. Importantly, former world beaters Eden Hazard and Gareth Bale are not in Carlo Ancelotti’s current plans.

Neither has been particularly welcome at Real, and either one or both superstars will more than likely be on the move this summer.

Madrid will be eager to sanction such exits swiftly, in order to wrap up the Mbappe business as soon as possible. Another forward to potentially exit the club to free up space and funds is Luka Jovic.