Philippe Coutinho’s 2022 World Cup hopes have been dealt a massive blow by a thigh injury. The 30-year-old midfielder was conspicuously missing on Sunday 6th November when Aston Villa hosted Manchester United on Sunday afternoon. Coutinho’s absence from the match got fans asking questions.

According to Birmingham Live, New Aston Villa manager, Unai Emery, indicated in a post-match interview that Coutinho will not play for Aston Villa in their next two Premier League matches before the League takes a break ahead of the 2022 World Cup that kicks off in Qatar on 20th November. Coutinho’s absence against Man United may have not been felt on the pitch given the electric performance the Villans had but fears of missing the 2022 World Cup should worry his national team. Aston Villa thrashed Man United 3-1 in the Sunday afternoon thriller.

As serious as the thigh may be according to reports, Coutinho is the player you would want to have on the World Cup squad for Brazilian. The midfielder hit the ground running after a permanent switch to Villa Park from Barcelona in the 2022 January transfer window. Coutinho scored in his first assignment for Aston Villa in a home game against Manchester.

A slump in form after permanent move to Villa Park

Coutinho previously plied his trade in England for Liverpool where he delivered incredibly heroic moments for the reds. But lack of game time saw him force a transfer to Barcelona where the Catalans sent him on a loan move to Bayern before another loan return to England to play for Aston Villa.

Coutinho’s first season at Aston Villa was largely successful. However, things seemed to have taken a downturn for the 30-year-old after a permanent switch to Villa Park in a €20 million deal.

While Coutinho scored 7 goals and provided 3 assists during his loan spell with Aston Villa, the Brazilian has so far failed to score in the 2022/23 Premier League season after Villa secured his permanent move signature in the 2022 summer transfer. Even more worrying is the midfielder’s failure to provide an assist in the 12 games he has so far played this season.

Who could replace Coutinho in Brazil’s World Cup Squad?

Despite Coutinho’s recent slump in form, he has been undoubtedly a World Cup prospect for Brazil in Qatar later this month. Coutinho was benched in the last friendly match that Brazil played against Japan but had earlier played a crucial role in a 5-1 thrashing of South Korea. He scored the fourth goal in the 5-1 victory over South Korea. Moreover, he played in five of the last six matches for his country and scored 3 goals.

Coutinho’s performance in the 2018 World Cup in Russia was exceptional, a tournament in which he scored two goals and provided as many assists in five appearances. While the thigh injury ahead of the big event in Qatar is a big setback for the midfielder and certainly a disappointment to his country, several players can fill up his place in the upcoming 2022 FIFA World Cup. Brazil’s head coach, Tite, has several Coutinho replacements at his disposal. They include Casemiro, Raphinha, Antony, Paqueta, Martinelli, Fabinho, Fred, and Guimaraes. Others include Danilo of Palmeiras and Ribeiro of Flamengo 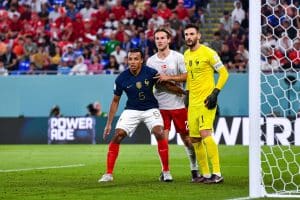