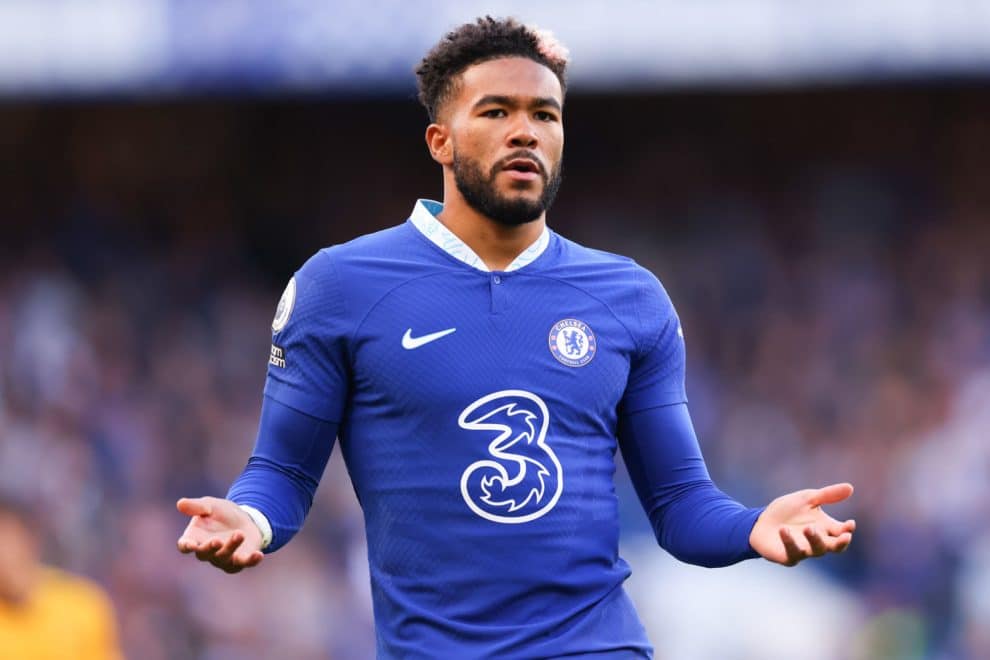 Chelsea defender Recce James is increasingly confident that he will be able to make it to the England squad just in time for the tournament after making excellent progress in his recovery schedule. The star right-back picked up a knee ligament injury back in October that was set to rule him out for a couple of months. Yet, he has been included in the initial 55-man shortlist, which will be reduced down to the final 26-man squad, by England boss Gareth Southgate.

James is seen as one of the key players for the England team and the worst was feared when the 22-year-old picked up a knee injury in the Champions League match against AC Milan at the start of October. The injury was expected to keep him out of action for around eight weeks that would see him miss the World Cup in Qatar. England start the World Cup action with a game against Iran on the 21st of November.

Gareth Southgate does have several alternatives in the position like Trent Alexander-Arnold but the biggest advantage with James will be the immense attacking prowess that he provides to the team. The right-back has been crucial to Chelsea as well.

The defender has been using knee braces from the first day to quicken the recovery process. It has worked out very well and the last few days have seen the player rely less on the braces as revealed by the recent report. In a bid to enhance his opportunities of recovering quickly from the injury, the defender has been in Dubai over the last week to receive special attention. Recce James has teamed up with Wesley Fofana, who is also out with an injury.

Chelsea have been constantly in touch with the English FA over the player’s stability and fitness, as he regularly undergoes pool and gym sessions. The right back is understood to have made excellent progress in his attempts to come back in such a way that he is even confident of making it to the final 26-man squad.

Southgate is reportedly in constant touch with James to understand the status, as it would help him make a decision on the players who are on standby to replace the 22-year-old. Manchester City full-back Kyle Walker is one of those names who is waiting on the sidelines to replace James. However, it will be mightily difficult to replace James, who was part of the England setup in both of the recent games against Italy and Germany in September.

Walker is currently nursing a groin injury but he should be back in time for the World Cup. The official and final squad for the competition will be named by Southgate on November 10.

Apart from the big injury blow to James, England also have received a major setback with different Ben Chilwell also picking up a serious injury in the Champions League match. All these injury problems have had a major impact on Chelsea’s contribution to the Three Lions squad ahead of the showpiece event in Qatar.