Newcastle have been handed a fresh injury blow, with striker Callum Wilson set for a lengthy period on the sidelines. Fellow attacker Allan Saint-Maximin is also set to miss several matches through injury.

There is, of course, a new lease of life in Joelinton. But the Brazilian is now thriving in a deeper role. Manager Eddie Howe won’t want to lose the momentum there.

Fortunately for the boss, there is a transfer window approaching. And as the footballing world is well aware, the Magpies now have money to spend.

But do the club now need to prioritise a striker given the current situation? Two forwards that are perhaps available are Arsenal duo Pierre-Emerick Aubameyang and Alexandre Lacazette.

Aubameyang the number one target?

Gabon forward Aubameyang looks set to be one of the top strikers in the market after he was stripped of the captaincy at Arsenal. Not only did he lose the armband, but he has also lost his place in the squad. 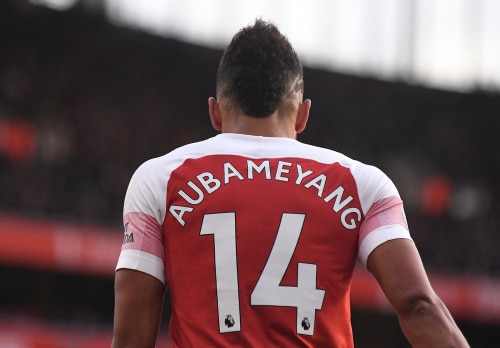 He has definitely had his difficulties in north London over the years. But his quality is undoubtedly there for all to see. A new challenge is on the cards for the forward. Newcastle is now one of the top destinations in terms of money available.

Aubameyang is certainly one of the flashier footballers out there. Therefore a move to the new riches of St James’ Park may not be inconceivable.

Lacazette is another Arsenal player who could leave the Emirates in the near future. He has stepped in perfectly for Aubameyang in recent weeks. But prior to that, the French forward found himself struggling for game time.

His abilities to hold up the ball and link up with other attackers have been unplayable at times. And his finishing is also a reason why he has played at the very highest of levels.

He now boasts two goals and three assists in his last four league matches. But his contract with the Gunners finishes this summer. Whether he is fighting for another contract or pushing for a big-money move to a top team remains to be seen.

Remarkably, a third Arsenal striker could be available in the form of Eddie Nketiah. Whether or not Newcastle fans see this as an upgrade on Dwight Gayle is an important discussion.

Liverpool’s Divock Origi is certainly another option for the Magpies. The Belgian has failed to land a starting role under Jurgen Klopp over the years. He has, however, scored many crucial goals for the Reds. He would undoubtedly be a welcome addition to any new-look Newcastle side.

Torino striker Andrea Belotti is another potential option for Howe. The Italian’s contract with the Serie A club finishes this summer. He has captained his side when fit this season, but has struggled with injury lately. The forward has over 100 goals for Torino, but could well be on his way out next month.

According to Football Italia, Belotti is already attracting interest from Napoli and AC Milan.