Conor Gallagher is having a stunning season at Crystal Palace. But it’s important to remember that the young midfielder is only on loan at Selhurst Park.

The 22-year-old looks certain to return to permanent club Chelsea this summer. The Blues made a huge statement when they blocked the midfielder from playing against them in the recent FA Cup semi-final tie.

And it’s clear to see why they did it. Gallagher has eight goals and five assists in all competitions this season. His work rate has been second to none, and he undoubtedly knows how to take on the big guns.

The Eagles will most certainly want to make the midfielder’s spell permanent. But Chelsea have the financial resources to make sure that doesn’t happen. Despite their packed midfield, it would be foolish to let go of the talented youngster.

Palace manager Patrick Vieira could, therefore, be forced to look elsewhere when selecting his preferred midfield for next season. Gallagher’s return to Chelsea would leave a huge gap. 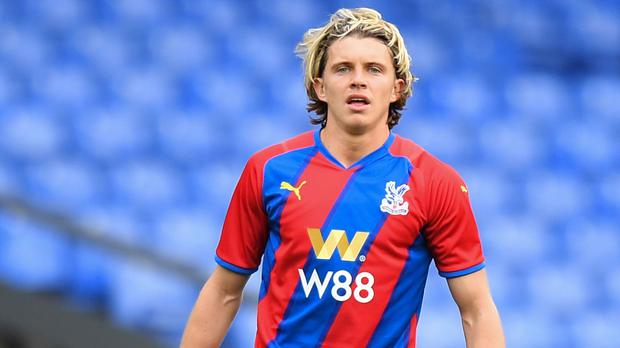 Here are three players who the manager could identify as potential Gallagher replacements:

According to Football Insider, the Eagles are watching Rangers midfielder Joe Aribo. The Nigeria international has enjoyed a fantastic season at Ibrox. He has also starred for his country in recent months.

It would be a like-for-like replacement for Gallagher. Aribo has featured in both centre and attacking midfield this season. He’s also been in fine form in front of goal. The 25-year-old has eight goals and 10 assists in all competitions.

Plenty of Premier League clubs are, however, showing an interest. Whether Palace can fend off such clubs remains to be seen.

There is, of course, another Rangers midfielder that Palace could turn to. And that is Aribo’s teammate Glen Kamara. He is another who is having a superb season in the heart of midfield.

The 26-year-old has been crucial in the club’s search for Scottish Premiership and Europa League glory. Palace have already delved into the Scottish market through Odsonne Edouard, so they could return this summer.

Kamara may indeed enjoy a return to London life, having spent much of his youth at Arsenal. Scotland has been home for the Finland international for many years now, but he could be keen to test himself in the Premier League.

Continuing with the trend of Scottish football, another midfielder Palace could target is Billy Gilmour. Vieira has already turned to the Chelsea loan system for Conor Gallagher, so why not continue the theme by bringing in youngster Gilmour?

His current loan spell at Norwich perhaps hasn’t quite gone to plan so far. But the Eagles could help solve that issue, and give the Scotland international a regular spot in midfield.

Despite previously starring for Chelsea, Gilmour looks some way away from returning to their starting XI. The Blues have plenty of options in midfield, meaning the Scotland youngster could be stuck in reserve upon his return to Stamford Bridge.