With the 2021 Major League Baseball season coming soon, we decided to dedicate this article to the best MLB odds and betting picks this year. Continue reading for more information and predictions.

We browsed through the platforms and found out the best MLB odds, and we will tell you where to find them. The odds we presented in the table below are correct at the time of writing, but you should double-check before placing any wagers. Odds are valid for today & will be updated on a daily basis when relevant:

The LA Dodgers are under a lot of pressure this year because if they win the World Series it would be for a second year in a row, which hasn’t happened for any team since the late 1990s when the Yankees won three years in a row from 1998 to 2000. We believe that they have a chance to do it and BetMGM provides some of the best odds alongside other popular bookies, like DraftKings, PointsBet, FanDuel, William Hill, etc.

Other popular Baseball odds are for the AL League and NL League winners, where the teams we mentioned are the favorites. The players on the rosters for both teams are good and there are also some new additions, who might increase the chances for the team.

The MVP award is another outright favorite betting market and Trout and Soto are this year’s top picks. Things might change as we get closer to the beginning of the regular season, but the odds right now speak for themselves. If you were to bet on Soto now, and later, he gives us more reasons to believe in him, you would stand to win a higher sum. But, if you were to place the bet when the odds for Soto change and put him as the high-chance favorite, you wouldn’t stand to win as much. Top Outright Markets for the 2021 MLB 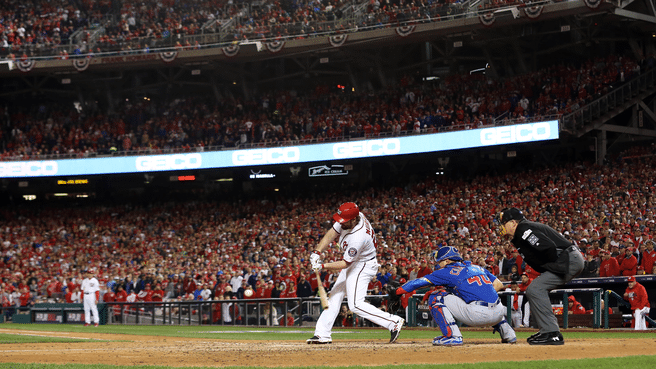 There is still time to place those outright bets before the start in April, so check out the most popular outright betting markets for the 2021 MLB.

Predicting the winner of the World Series is the most popular outright betting market available and this year the Los Angeles Dodgers are the favorites. Some people think that it’s hard to repeat a win two years in a row, and they might have a point considering it’s been twenty years since the last time it happened. If anyone has the chance to repeat a World Series win it’s the Dodgers, especially if their roster is going to be anything like last year. Some of their key players are:

Although the LA Dodgers are favorites, a close second choice is the NY Yankees, but we will see which team wins. If we had to mention other teams you should keep an eye out for during the season, we would choose the Chicago White Sox and San Diego Padres, although they aren’t top choices.

Each league’s winner would play in the World Series and compete for the glory, but the two leagues that make up the MLB each have fifteen teams, and predicting which team would win the AL & NL leagues is a famous betting market. Since most people believe that the Dodgers would win the World Series, it’s obvious that the National League’s favorite this year is the LA Dodgers. The American League’s favorites are the legendary New York Yankees, which are considered second-choice for the Series title.

The Yankees have won the league forty times, while the Dodgers only 24, but we can’t put our faith in stats. There are other popular and high-ranking teams in the NL that could win, like SD Padres, ATL Braves, and NY Mets. The same goes for the American League, the second most popular candidate to win this year is the Chicago White Sox.

Choosing the MVP is also quite prevalent in Baseball and features some of the best MLB odds. We have Baseball odds for the NL MVP and AL MVP awards. Most bookmakers agree that the people with the highest chances to win are:

There are other close second options, for the NL MVP, like Mookie Betts, Ronald Acuna Jr., and Fernando Tatis Jr. The American League doesn’t have any other players who have a strong chance to win, but that didn’t stop oddsmakers from giving these players at least 10% probability odds – Alex Bregman, Aaron Judge, and Jose Ramirez, but don’t give them too much thought because Soto’s stats are amazing.

In the section “Season Leaders” the most famous betting market is the ladder for “most regular-season home runs.” There are also other markets some bookmakers, like DraftKings, provide, like:

The Baseball odds for the Most Regular Season Home Runs are pretty good right now because it’s tough to predict how well players will perform during the season. The favorites this year are Mike Trout, Pete Alonso, and Joey Gallo.

The Cy Young award is reserved for the best pitchers of the American and National leagues. It’s named after the league’s best pitcher and it has recipients since 1956. This year the favorites to win the award are:

Oddsmakers believe that it’s high time Cole took the award considering he came so close in 2019. Alternative options for Cy Young recipients in the American League are Shane Bieber and Lucas Giolito. The National League’s obvious choice is Jacob deGrom, who already won the award in 2018 and 2019. He was also a nominee in 2020, but Trevor Bauer ended his win streak. We will see if this year he can claim the award for the third time in his career or maybe Bauer will take it for the second year in a row.

NL/AL Rookie of the Year Award

The Rookie of the Year is also a popular outright wager and the main contenders from both leagues are Ke’Bryan Hayes and Randy Arozarena. If you have a feeling about who this year’s outstanding rookies from the American and National Leagues are, then you should try out this outright betting market.

What Other Markets Can Customers Bet on?

In Baseball betting the moneyline betting market refers to the winner of a specific game. Since most games end with low scores, this market is the same as a Point Spread in Baseball. Right now, it’s the only accessible betting market for the spring training games. Some of the main games to look out for are:

Totals are also known as “over/under” markets and the most popular variation of this betting market in Baseball is “Total Runs.” You will have to decide if the number of both teams’ scored runs will be over or under a specific number.

The “Run line” market is similar to the NFL point spread market and to the Puckline wager in Ice Hockey (NHL). To win the wager one team has to win by two or more runs, and if they win with a 3-2 score, for example, it won’t count as a winning run line bet.

Can I bet on the MLB from my mobile phone or tablet?

Yes, you can. If it is legal to bet on sports in the state you are currently in, and you find a Sportsbook that provides mobile betting, you can bet from your mobile device.

Is betting on sports legal in the USA?

There are currently twenty-one US states who have legalized some form of sports betting. In others, the legislations are on their way soon, but there are some states, where it isn’t happening anytime soon. If you are a Canadian punter, you can use this 1xBet promo code for placing wagers on the MLB.

Which are the best bookmakers for Baseball betting in the USA?

The top choices among several states for online sports betting are these bookmakers:

Which American odds (positive or negative) have the better chance of winning?

Is online betting on the MLB available everywhere in the US?

No, it isn’t. Only states, who legalized online sports betting and have licensed bookmakers which provide the option, like New Jersey, Nevada, Colorado, Rhode Island, Colorado, Iowa, Illinois, Indiana, and West Virginia.