Lifting the Premier League title is undoubtedly top of the wish list of many footballers throughout the world, such is the glamorous and much-adored nature of the famous competition. But while the league trophy itself is very much a team honour, there are plenty of individual jewels up for grabs come the very last whistle of the campaign, from Manager of the Year to Goal of the Season and everything in between.

One such prize is the highly-coveted one that goes to the player who finishes Premier League top scorer, with Golden Boot winners all at the very top of their game once upon a time while playing in English football.

While goalkeepers and defenders like to focus on keeping clean sheets and conceding as few goals as possible, forwards are busy being selfish and focusing on nothing but goals. The attack-minded players of the world may not deserve all the credit for helping their team find the back of the net, but they certainly feel like they do. And they are certainly rewarded enough, with the prestigious honour of the Golden Boot falling their way at the end of the season should they outscore their fellow attackers.

There is an extremely talented list of Premier League Golden Boot winners, starting all the way back in the inaugural Premier League season of 1992/93. But that season’s victor – a certain Teddy Sheringham – perhaps cannot be compared to the modern-day victors, simply because the Tottenham man netted his 22 goals in 41 matches, in a time when the competition comprised 22 clubs.

Local talent was very much the name of the game in those early days, with Sheringham’s win followed by Newcastle striker Andy Cole, before legendary Magpies man Alan Shearer clinched the award for three successive seasons. By now, the competition had switched to the more familiar 38-game season, which unsurprisingly saw goalscoring numbers decline. Dion Dublin, Michael Owen and Chris Sutton shared the 1997/98 award with 18 goals each, with Owen then joined instead by Jimmy Floyd Hasselbaink and Dwight Yorke the following season, with the trio also managing 18 goals to share the trophy.

An inspired Kevin Phillips helped English goalscorers remain in the headlines as he banged in 30 goals in the following campaign at the turn of the century, but the past two decades have completely wiped out any home-grown heroes. Chelsea’s Hasselbaink kicked things off in 2000/01 with his second award, as the influx of European and indeed worldwide superstars to the English top-flight began.

The noughties witnessed some truly incredible talent take to the stage across English and indeed world football. A host of such stars made their way to the Premier League, and were met with arms wide open as their success helped several clubs achieve European football. Many of the players went on to become true footballing icons, with a handful playing in attacking positions that allowed them to showcase their full skill set. 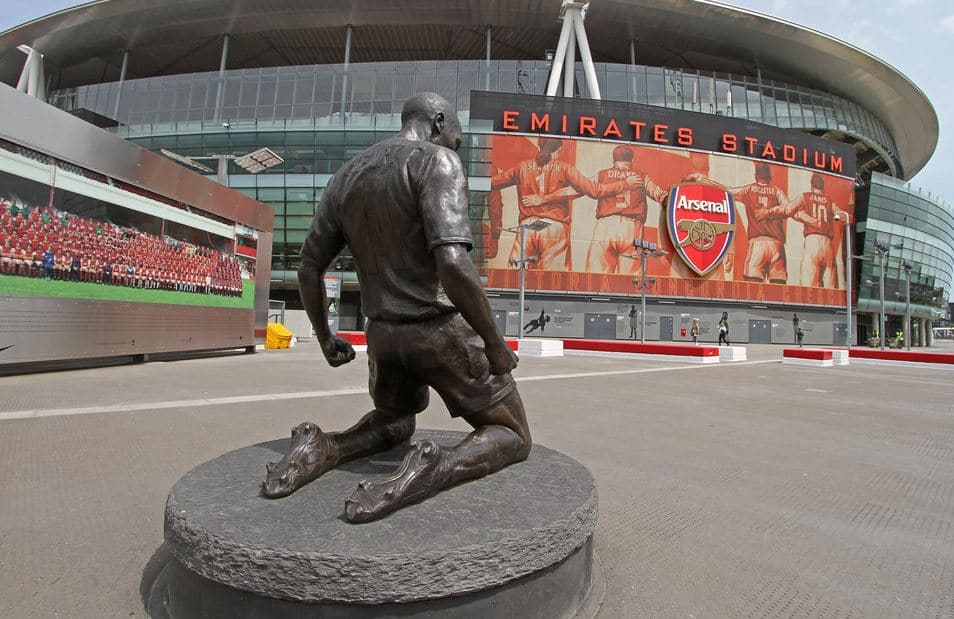 Thierry Henry netted 24 times in the 2001/02 campaign to secure his first Golden Boot, helping the Gunners lift the league title in the process. But Manchester United’s Ruud van Nistelrooy decided to take matters into his own hands a year later, scoring 25 goals to fire his side to the league trophy.

But it was the Frenchman who would have the last laugh, hitting tallies of 30, 25 and 27 to win three successive Golden Boot awards, the first of which arriving in Arsenal’s memorable Invincibles season. Didier Drogba was the man to break the spell, however, smashing in 20 goals on his way to becoming a Chelsea legend. But a certain youngster by the name of Cristiano Ronaldo was having none of it, with the Portugal star netting 31 goals in 34 games to help bring the title back to Old Trafford in 2007/08.

The Blues boys came back soon after, however, with Drogba arriving back onto the Golden Boot scene in 2009/10 with 29 goals, following on from Nicolas Anelka’s 19 goals the season before. Among all the talent in the league at the time, the Frenchman’s relatively low total was enough to secure him the 2008/09 Golden Boot.

While the likes of Mohamed Salah and Sergio Aguero may need to wait a few more years to gain their legendary status, they are certainly well on their way, and are right up there among the list of the best ever Premier League Golden Boot winners.

Manchester rivals Dimitar Berbatov and Carlos Tevez kicked off the decade by sharing the honour in 2010/11. The Argentinian was in blue at the time, but his 20 goals were not enough to stop City’s noisy neighbours from lifting the Premier League trophy, with the Bulgarian’s 20 goals key to yet another Red Devils title.

Netherlands star Robin van Persie then banged in 56 league goals in consecutive seasons to win the award in 2011/12 and 2012/13, firstly netting 30 goals for the Gunners, before hitting the back of the net 26 times after his switch to Old Trafford. His stunning efforts in North London were not enough to even clinch second place as the Manchester clubs battled it out for spots one and two, with Sergio Aguero the eventual hero in that unforgettable victory over QPR. But the move to Sir Alex Ferguson’s side soon after proved hugely successful, with Van Persie’s goals helping the legendary manager clinch the league title in his final season in charge of the club.

It was then the turn of South America’s stars from 2013-2015, as Luis Suarez and Sergio Aguero banged in 31 goals and 26 goals respectively, with the Uruguayan’s efforts in red also seeing him secure the European Golden Shoe. Two iconic Premier League Golden Boot winners to say the least.

Despite the long list of global superstars dominating the past decade in terms of Premier League Golden Boot winners, it hasn’t been all bad for the local lads. Fortunately for English youngsters growing up aspiring to emulate their national heroes, Jamie Vardy and Harry Kane have ensured that global superstars haven’t had it all their own way.

The former has been consistently producing astonishing feats over the years, with his efforts finally rewarded through the 2019/20 Golden Boot. The latter, however, has two such trophies to his name from 2014-2016, and is currently on his way to a third, leading the 2020/21 list with just a few games remaining. Like Vardy, Kane has been consistent in his goalscoring, and now finds himself sitting seventh in the Premier League all-time goalscoring charts with 164. The figure puts him ahead of Spurs legend Jermain Defoe and fellow two-time Golden Boot winner Michael Owen, and just 11 behind the one and only Henry.

While the early stages of the previous decade saw Van Persie clinch two awards, with Kane coming alive in the middle stages, it was Liverpool’s Mohamed Salah who then secured two Golden Boot awards in the latter stages. The Egyptian blew the competition away in his first season at Anfield, putting his Chelsea nightmare behind him to net an astonishing 32 goals. The winger announced his return to the country with a total of 44 games in all competitions.

Jurgen Klopp’s new weapon continued his phenomenal exploits in the following campaign, and while he may not have quite reached the heights of that stunning debut season, Salah’s tally stood at an impressive 22 goals. But it wasn’t all his to enjoy, having been joined on that total by team-mate Sadio Mane and Arsenal’s Pierre-Emerick Aubameyang. The African trio continued on the path carved for them by the inimitable Drogba, who by this stage had just about wrapped up his glittering career after a spell in the United States.

9 – English players to have scooped the prize, the most by any nationality, with the Netherlands sitting second in the table with three Premier League Golden Boot winners

4 – Golden Boot awards for Thierry Henry, the most by any player

32 – Goals for Mohamed Salah in his debut campaign at Liverpool, becoming the competition’s all-time goalscorer for a 38-game season

6 – Premier League Golden Boot winners from Arsenal and Liverpool, the most by any club

33 – Years of age for Jamie Vardy when he clinched the honour, the oldest player to win the award