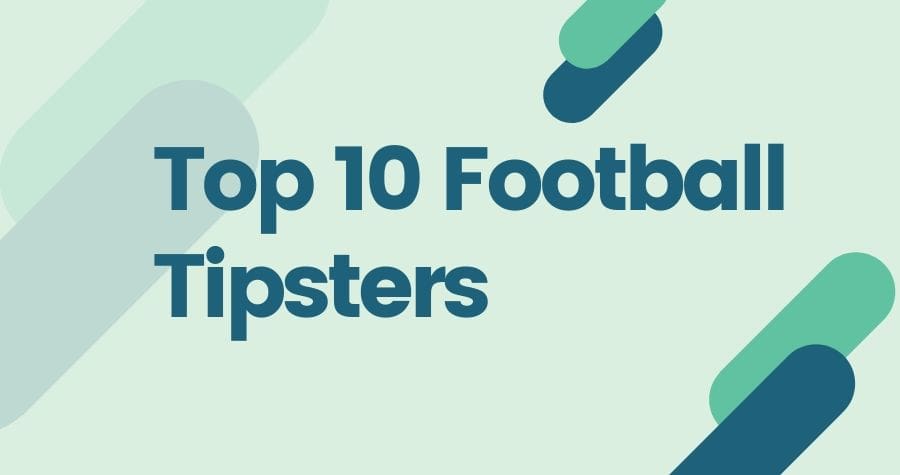 Placing bets on anything is never easy, and football is certainly no exception. With squad changes, injuries, suspensions, and managers and their preferences for each game, there are a whole host of issues that come into play when placing a bet. Fortunately, tipsters are available to help solve the problem.

Many talented tipsters are just starting out and enjoying their time in the spotlight with several successful tips, while others are much more experienced, having enjoyed consistent profits over the years. There is so much money within the markets, and it’s an industry that’s changing every second of every day.

There is a long list of professional tipsters out there who are willing to provide assistance, sometimes free of charge, but often for a fee, and here we tell you who the top ten are.

One of the most prominent sites who have carved a loyal following on Twitter, @FootySuperTips offers free daily football tips to its vast audience. From the Vanarama National League to the South Korea K-League and everywhere in between, over 400,000 customers have relied on the service for several years now.

The tipster offers help with a whole host of sports including boxing, golf and horse racing, yet most punters come for advice on football. Bet builder specials, BTTS and anytime goalscorer offers are available, with a bet of the day tip also proving hugely popular. In-depth previews are also there to aid your decision-making.

Through oddschecker, WhoScored Tipster provides detailed previews of all the important fixtures and competitions across Europe. Advice involves single game bets like goalscorers, cards and shots, to competition outrights, such as title races, relegation battles and golden boot awards.

Through plenty of research, the platform is always on the ball, providing up to date tips from the detailed statistics provided by parent site WhoScored.

From sharing personal betting tips on Twitter in 2015 to a global following of almost 300,000 just five years later. In-play betting and regular challenges ensure new punters are never too far away, with Paddy Power the trusted partner.

With successful over 1.5 and over 2.5 accumulators keeping satisfied customers interested, @AndyRobsonTips remains the place to be when looking for well-researched football betting assistance.

Relatively new to the scene and another member of the Online Betting Guide community, the tipster boasts a positive profit trend in both the short and long term. With an annual profit of +520 and a profit-high of +130, look no further than Guillermo when it comes to making those key decisions.

Moreover, with a 75% strike rate and a 63% annual strike rate, punters should be following the offers closely in order to see their revenues increase game upon game.

With strong connections to the UK’s leading bookmakers, and with a dedicated news section, it’s no surprise that Footy Accumulators has one of the best reputations going. Over 600, 000 Twitter followers would tend to agree.

The handy FA app provides daily betting tips from both the site and guest tipsters, with the Smart Acca feature the perfect tool to find fixtures across the globe that have the greatest percentage of landing. Recent winning accumulators and a helpful How-To section further enhance the reputable name of @FootyAccums.

Thanks to detailed insight across all levels of the game, JamieOLBG has climbed to the top of the ranks in terms of football on the site, with an annual profit of +617. And the signs of promise aren’t slowing down.

In profit on football tips for five of the last six months is no mean feat, and when coupled with a profit-high of +240, JamieOLBG is showing signs of stability in the increasing uncertainty of the modern-day game.

With a profit of +1325 in the last six months, it’s safe to say that SuperLuigi knows football. Well-researched tips are constant, with the high-risk high-reward strategy capable of creating success in the long run.

Latest figures show a 30-day profit of +116 and seven-day recent profit of +292, proving just how crucial it is to trust SuperLuigi and make use of those tips as soon as possible. An annual profit of +593 is not to be overlooked.

Subscriptions range from one week to one year at £10 to £159 respectively, with several options in between, with a £1 trial week also available. Concentrating primarily on football across Europe, Latvian is also an accomplished basketball tipster.

Focusing on the hours building up to the matches, Zenith has enjoyed a steady rise in profits from football all across the world. Profit includes €8084.02 in the last 12 months from almost 100 tips per week at an average stake of €25.

Unibet and Betfair are the preferred outlets, with over/under stakes undoubtedly the most popular area to concentrate your money on should you go with Zenith. Double chance and Asian Handicap are also heavily relied on. Subscriptions to Zenith include £19 for one month, to £45 for three months.

Specialising in the top three tiers of German football, GermanHighLimit has been heavily involved in the game since 2002. The tipster has now made a €2079.37 profit from 851 tips, based on an average stake of €25. That works out at an average of six tips per week with an average monthly profit of €60.74.

Much of the success has come in the Bundesliga, with the majority of stakes placed three or more days before the match. And July 2020 itself has already been a hugely successful month with a profit of over €600 and an ROI of 225.9%. Footstock Review: The future of football gambling or destined to fade?

Best Football Betting Sites in the UK for 2020 (Updated)