Table-toppers Perth Scorchers visit fourth placed Sydney Thunder in this clash which is a re-match from January 4th when Thunder won by six wickets in Perth. The Scorchers have since won two successive games and with odds of 8/13 (1.62) are favourites to get another victory in this clash. Check our Big Bash predictions for this game here:

This will be the third game of the season at the Sydney Showground Stadium where we have seen one chase end on 15 all out with the other two delivering comfortable wins for the team batting second. Pace bowlers have been the most successful but off-spinner Chris Green has taken four wickets from the last two matches.

It will be a mild Friday evening in Sydney with cloud cover keeping the temperature over 20 degrees throughout the match. With humidity levels going above 70% as the evening progresses, gripping the ball could be tough for the bowlers in the second innings.

Perth Scorchers have been very impressive throughout this tournament and have only lost two games, to Hobart Hurricanes and Sydney Thunder, in Big Bash League 2022/23. Facing David Warner, on his Sydney Thunder return after hitting a double-century in the Boxing Day Test, will make the task tougher, but we are backing the Scorchers to leave Sydney with another victory.

Scorchers To Hit Most Sixes

Behrendorff To Take Most Wickets

Hardie to be Man of the Match

The Sydney Showground Stadium is famous for having one short boundary and we expect to see plenty of sixes in this game. The likes of David Warner and Oliver Davies will target that part of the ground but there is a lack of six-hitters across the rest of Sydney Thunder’s XI. Perth Scorchers hit four sixes inside 16.2 overs at the Gabba on Wednesday and we expect their form players to find the boundary on a more regular basis in this game.

After taking 16 wickets in both of the last two BBL campaigns, Jason Behrendorff is on course to fly past that tally in BBL12. So far, he has 15 wickets in this tournament and went past 100 all-time BBL dismissals at the Gabba on Wednesday. Behrendorff is yet to end a game without a dismissal this season and, although Andrew Tye is the joint-leading wicket-taker in the tournament, we expect the tall left-arm bowler to come out on top in Sydney.

Our Prediction: Jason Behrendorff to Be the Highest Wicket Taker for Perth Scorchers 10/3 (4.33)

Man of the Match

So far, Aaron Hardie is one of only six players to have hit three scores of 50+ in the 2022-23 BBL. The 24 year old has had a stop-start to his BBL career over the last three seasons but looks to be fulfilling his undoubted potential in this format in this campaign. After scores of 57 and 65 not out against Brisbane Heat over the last week, he is targeting his third successive half-century in this fixture.

Sydney Thunder will welcome back David Warner at the top of their order and he will slot in the place of Alex Hales who has left to play for Desert Vipers in the ILT20. We expect to see Perth Scorchers keep faith with the same XI who got the big win at the Gabba on Wednesday.

The return of David Warner is set to be the only change for Sydney Thunder with pace bowler Gurinder Sandhu still a way off full fitness. Sam Whiteman came in for his first BBL12 appearance against Sydney Sixers on Sunday and he should keep his place after top scoring with 42 runs from 34 balls.

Captain Chris Green will be looking to continue his strong recent figures (2-29 & 2-14) at this venue and pace bowler Brendan Doggett is in good form with six wickets from his last three BBL appearances.

This game is the second of three successive away matches for Perth Scorchers and comes ahead of another top of the table clash with Sydney Sixers. The Scorchers have played strong cricket throughout the tournament and they will not want to halt the momentum of their key players in this fixture.

With plenty of batting to come down the order, we expect to see Steve Eskinazi and Cameron Bancroft bat with aggression and no-fear in the opening overs of the Perth Scorchers innings.

How to Watch Big Bash in the UK: Live Streaming & Channel List Every ball of this crucial Big Bash League clash will be shown on the Sky Sports Cricket channel. However, if you want to watch Big Bash League on the move then Sky Go will stream every ball live. 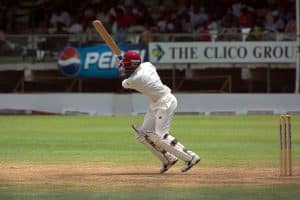 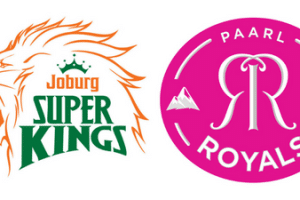