The penultimate game of the BBL12 group stage sees Hobart Hurricanes take on Brisbane Heat. Brisbane Heat have already secured their place in the play-offs whereas the Hurricanes must win to give themselves any chance of progressing in the competition. The Hurricanes are favourites to win the game with odds of 4/5 (1.80).

Any score over 180 in the first innings should be able to win this match on a pitch which traditionally offers pace for the batters but also assistance to the quick bowlers. The last BBL game at this venue saw 172-8 play 164-8.

We are expecting plenty of cloud cover throughout this game but the humidity levels will not exceed 50%. There will be a slight wind with the temperature at a pleasant 23 degrees.

Brisbane Heat trail in the head to head 12-9 although they won the last clash between the sides by 12 runs at the Gabba on Friday. Heat come into this match after winning their last four games  but crucially do not have anything riding on this fixture. Hobart Hurricanes are in poor form but have the players in their squad who can just turn it on like that. With a place in the play-offs up for grabs, we are backing the hosts to come out on top.

Hurricanes To Hit Most Sixes

Dooley To Take Most Wickets

David to be Man of the Match

In their last game, Hobart Hurricanes cleared the ropes on only two occasions with Zak Crawley and Nathan Ellis the batters to do so. However, there is plenty more six-hitting ability in this team, particularly if Matthew Wade and Tim David can face 20+ balls each.

None of Brisbane Heat’s top four hit a six in their last match and we expect to see them using this game to get valuable time in the middle as opposed to risking their wickets with big shots.

Patrick Dooley has been one of the success stories of this year’s BBL and would have taken far more wickets if he hadn’t been restricted to only 10 games through injury. His 19 wickets have come at a strike-rate of 11.6 with batters struggling to get his wrist spin away.

He returned to the team with figures of 3-42 on Monday and took 4-16 in the previous BBL12 match at Launceston.

Our prediction: Patrick Dooley to Be the Highest Wicket Taker for Hobart Hurricanes 3/1 (4.00)

Man of the Match

It has been the best BBL of Tim David’s career to date as he has managed to marry the previously elusive combination of consistent runs with a high strike-rate. Only six players have scored more runs than David’s 326, but no batter with 265+ runs has a better strike-rate than his 162.18.

If he can match his average of 43.75 then he will go a long way to securing a crucial win for the Hurricanes.

It doesn’t get any more critical for Hobart Hurricanes than this. If they lose the match they are out and they will also need to play with controlled aggression to make a dent on their net-run-rate deficit.

Both teams look likely to be at full strength with no new injuries reported.

You have to go back to Match 32 to find the last time that Hobart Hurricanes scored 160+ and, with a strong batting line-up, the only conclusion is that they have under-performed. Ben McDermott has been the biggest disappointment with only 194 runs in BBL12 after scoring 577 and 402 in the previous two campaigns.

The bowling of Patrick Dooley and Riley Meredith have kept the Hurricanes competitive with Nathan Ellis also chipping in with useful figures.

Matt Renshaw had been the key batter for Brisbane Heat earlier in their winning run but it was England’s Sam Hain (73 not out from 41 balls) and keeper-batter Jimmy Peirson (57 not out from 43 balls) who got them to a winnable total in the last game.

Michael Neser has had a fine tournament but showed signs of fatigue whilst returning figures of 0-54 against Melbourne Stars on Sunday.

How to Watch Big Bash in the UK: Live Streaming & Channel List 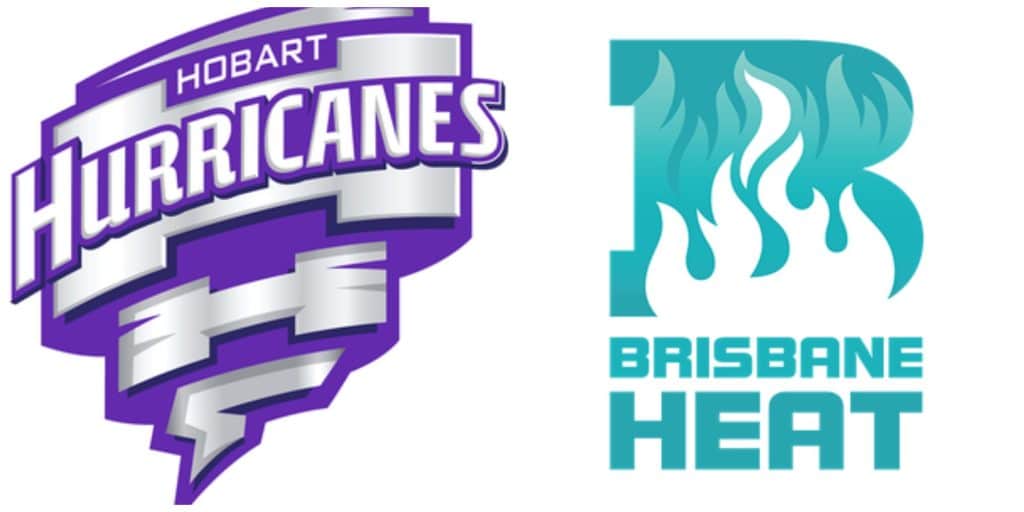 The match and all remaining games of the Big Bash League will be shown on the Sky Sports Cricket Channel. If you are going to be out and about then you can still follow the game with every ball available via the Sky Go App.