Ludogorets Razgrad welcomes Sporting Braga for the third Group F fixture in the Europa. Our preview and analysis has the best predictions for this game. We have also ensured to sample the best odds for this game alongside our predictions.

Our Top Predictions for Ludogorets vs Braga

After failing to secure UCL places in the qualification stages, the Bulgarian side, Ludogorets has struggled in the Europa League. They have secured only one point in two matches. However, two points adrift of second-placed Braga means there is still all to play for in this game. Our top free picks for the big game are as follows:

These teams have struggled defensively in recent games, a performance that could cost them at least a goal each in this fixture. Since losing 1-0 on the road to first-placed Crevena Zvezda in Group F, Ludogorsts has picked up a strong scoring form. The visitors have scored ten goals in their last three games. On the flipside, Sporting Braga boasts a better scoring form in this matchup having found the net in the last six games. Based on these performances, our tipsters strongly back goals on both ends of the pitch.

Our second prediction for this Europa League fixture backs Sporting Braga to open the scoring. We side with most bookies in this. The visitors have been more consistent in scoring goals in recent matches more than the hosts so backing away to open the scoring is a good bet with great odds on Ladbrokes.

This will be the third encounter between Ludogorets and Braga. The hosts won 2-0 in the first encounter in a Europa League fixture back in 2017. They bagged a draw of 1-1 at home in the reverse fixture. Agreeably, a lot has changed for years later. With only two points separating these teams in Group F, a tough duel is expected for the big game. Both teams have picked up scoring form, which is why we are backing goals on both ends. The bet comes with a great price on Ladbrokes. However, the hosts have scored only 1 goal while Braga has four goals in two matches. Winning this game means Ludogorets head coach, Stanislav Genchev must consider changing his preferred formation of 4-2-3-1 to get more legs in the final third. The 40-year old Bulgarian averages 3.00 points after winning all his first two games in charge. 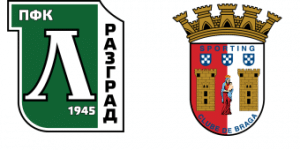 When is this match taking place?

Ludogorets vs Braga is scheduled for 21st October 2021.

Which is our favourite team to win this game?

We are giving Braga a narrow edge.