This is a somewhat important game for both teams as the Raiders want to prove they are contenders and not pretenders by going 4-1. Chicago, on the other hand needs this victory to go 3-2 and to remain in the race for the NFC North. We can bet quite a few things in that game so how about we check out the odds and the betting lines below.

The current spread is LV Raiders – 5.5 @ -110. It doesn’t look like the line will move by Sunday. Frankly, we don’t love that line because it seems to be accurate. Our experts have a slight lean to Las Vegas because both teams are 2-2 ATS so far this season.

The Raiders look like the grittier team, and they are definitely the one with the better offense. LV is 12th in the league in touchdowns with 2.8 per game while Chicago is 28th with only 1.8. As far as yards go, it’s not even close – The Raiders are 6th with 406.5 per game while the Bears got only 237.0 giving them the last spot in that ranking.

The best bet on the Raiders vs Bears match

It is tough for us to make an accurate score prediction for the Las Vegas vs Chicago game, but we think the total points in the match will go over 44.0. This is the current line – O/U 44.0 @ -110.

Matt Nagy names Justin Fields starter this week and we anticipate that the Bears will finally start generating some sort of offense. As mentioned above, the Raiders don’t lack offensive strength especially with Derek Carr playing at an MVP level. Even if Chicago fails miserably, we expect the Raiders to pick up the slack and score.

Which players deserve the spotlight in the game?

Justin Fields: The Chicago Bears odds to win the game may not look good (+200) but Fields can at least try to have a good game. Last week he threw for 209 yards and 0 touchdowns. He has to build on that – there’s no other option.

Hunter Renfrow: The wide receiver is playing better by the game. He had 605 and 656 receiving yards in each of his first two years. So far this season he has tallied 249 yards. He’s on track to almost double his previous numbers.

Some bonus picks on the LV Raiders vs CHI Bears clash

Frequently asked questions regarding the football game on Sunday 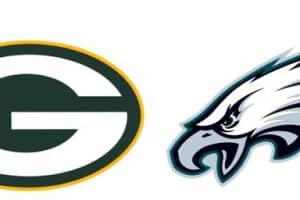