The Five Best NFL Defenses for 2021 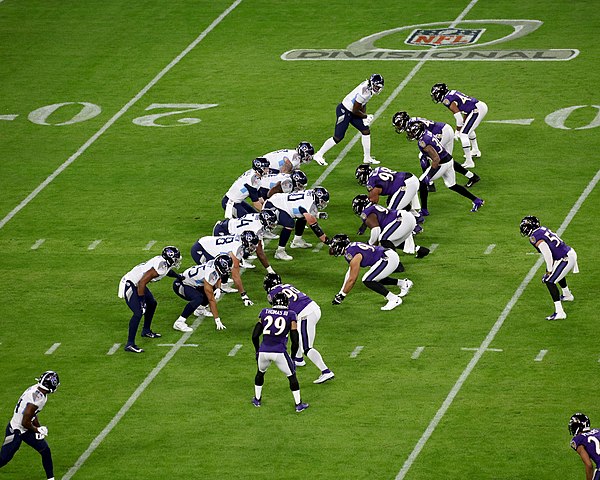 Our title for the best defense in 2021 goes for the Tampa Bay Buccaneers. Last year their defense ranked eighth in points, sixth in yards, and fifth in DVOA and they are bringing back all the starters from that season. Linebacker Levonte David is back on a two-year contract and they are also bringing back Shaq Barrett, Joe Tryon, and they still have Todd Bowles. Joe Tryon didn’t participate in the 2020 season, but his physical traits speak for themselves, and football teams love that.

Washington Football Team almost got the “best defense” title on our list, not only because they finished second in yards, third in DVOA, and fourth in points, but also because they have Chase Young, Montez Sweat, and Jonathan Allen, who all have more than forty pressures. They also signed William Jackson III, Bobby McCain, and Jamin Davis, who will also contribute to the safety and speed of the defense.

Another best defense on our list is the Baltimore Ravens who despite losing great talent the last few years still ranked second in points, seventh in yards, and ninth in DVOA last season. Their defense coordinator in Don Martindale, who is a top-tier name in the NFL and will utilize the new rookie Odafe Oweh they added in the draft. With the right NFL coaching and if he improves his technique, the Ravens can be on top again next season.

The Cleveland Browns have added key figures and next season they should be one of the best defenses in the AFL. John Johnson III, Troy Hill, Jadeveon Clowney, Greg Newsome II, and Jeremiah Owusu-Koramoah were all added to fill in the much-needed safety, linebacker, cornerbacks, and edge rusher roles. These players are among the top in their separate fields and they will greatly improve the Browns’ defense this upcoming NFL season.

Last year the Miami Dolphins ranked eleventh in DVOA and this year they added a few players, like Jaelan Phillips (despite his medical issues), who when he is 100% is one of the best pass rushers in his class, and Jevon Holland. They might have not had the best defense in the past, but this time around they should greatly improve considering their roster.

Five teams aren’t enough in this chart, so we decided to at least mention a couple more names of teams who had a strong defense in 2021 and deserve to be on this list, even if they weren’t the best. 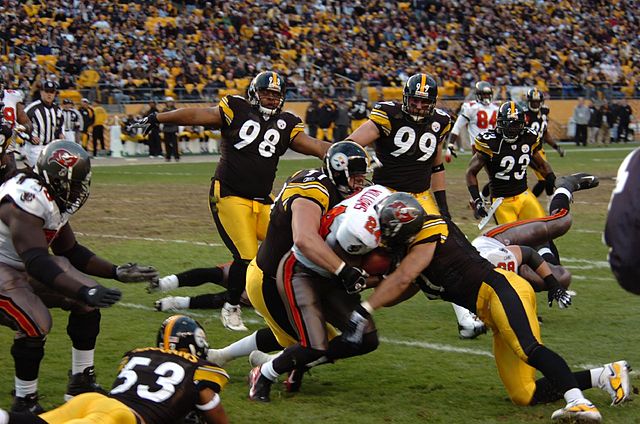 The 1985 Chicago Bears have been considered the all-time best defense in the NFL for a while now. With Mike Singletary at the helm, the defense unit will always be remembered with Buddy Ryan’s aggressive 46 defense (64 sacks and 34 interceptions). Their regular season ended with 15-1 and in the playoffs, they didn’t allow a touchdown for eleven quarters, and they beat the New England Patriots with an amazing 46-10 in Super Bowl XX.

The 1976 Pittsburgh offense suffered a lot because of injuries, and after a bad start to the season the Steelers’ defense managed to pitch five shutouts and didn’t allow a touchdown for twenty-two straight quarters (at one point). It was said by linebacker Jack Ham that “it’s not the best team, but the best defense” even though they didn’t win the Championship game against Oakland.

The 2000 Baltimore Ravens may have won the Super Bowl, but their offense was nothing compared to their defense that year. Out of sixteen games, they surrendered only 165 points and limited their opponents to 2.7 yards per carrying. In the playoff matches, they only allowed 23 points, and out of those seven were because of a kick-return touchdown. They were led by Ray Lewis and that year was one of the best defenses in the NFL to date.

The 1991 Philadelphia Eagles made our all-time best defense list because after losing quarterback Randall Cunningham at the beginning of the season due to a knee injury, they ended with 10-6 and 55 sacks. The defense was leading in their league with most passing and rushing yards allowed. Also, defenders made over a hundred tackles that season, but the team didn’t make it to the playoffs.

During the regular season, the 2002 Tampa Bay Buccaneers intercepted 31 passes while ceding 10 passing touchdowns, which was quite impressive. On their way to the Super Bowl XXXVII, they added nine more interceptions and finished with a 106-37 score. At the actual Super Bowl, they intercepted three more times against the Oakland Raiders.

We decided to only bring you our top five of the best NFL defenses of all-time, but we thought to at least mention other great defenses that have inspired us over the years.

What Makes a Good NFL Defense?

Now that we went over the best defenses in the NFL (current and all-time rankings), we will explain to you what makes a good NFL defense in the first place. If you aren’t sure what people look for when it comes to finding the best defenses, then check out the list below:

When looking for a good defense you should start with these statistics, and weigh them up when making NFL picks at Draftkings or any other bookie. At the end of the regular season the teams are ranked in several categories, including “DVOA,” which stands for “Defense-adjusted Value Over Average,” and the higher the percentage is the better the player/team is than the average.