Over the years we have seen some truly awesome MLB uniforms. But as times have changed, so too have the jerseys, and that’s what we’d like to look into right here. Rather than take a trip down memory lane and look at the best MLB uniforms there has ever been, we will be breaking down the uniforms that are the best right now. Of course, there are plenty of teams to look at, and several deciding features to discuss. On that note, let’s check out these deciding features before we look into the top uniforms.

How we created our list of the best MLB uniforms

As stated, coming up with a list of the best uniforms involves a few factors. And to be perfectly honest, it’s all a matter of preference. But regardless, we will still be giving our two cents on what the best uniforms are, according to the these features:

First and foremost, for a jersey to reach classification as one of the best of the bunch, we believe that it has to be creative. It probably comes as no surprise for you to learn that there are a fair bunch of jerseys that are basic and somewhat boring to look at. However, there are certain clubs where the design teams have banged their heads together and created some pretty epic and iconic jerseys right now. We won’t spill the beans just yet on which jerseys these are – that’s all to come a little later!

Although we believe that creativity is a very important factor, at the end of the day, you could have the most creative jersey in the world, but if it’s not stylish, it won’t be overly appealing for anyone. For that reason, style is the second component that we feel has a critical impact as to how popular a jersey might become, and how good the jersey looks when players step out onto the field to compete. And when a stylish jersey is combined with a great level of baseball, that’s where the game is really at its very best.

Lastly, there is a somewhat external component to assessing the best MLB uniforms, but it’s one that we feel is important nonetheless. Basically, you can get a pretty good indicator as to how popular a jersey is by how many sales that particular jersey might do each year. Sure, there’s always going to be more sales for teams that have a huge fan-following, but as for sales outside of the respective ‘fan zones’, which might include the state where a team is based, this helps to give you an accurate idea as to the jerseys creativity, style, and ultimate desirability. Okay, now let’s get down to brass tacks and highlight which jerseys we feel are the very best in the MLB. Bear in mind that this list is purely a matter of preference, and what you consider to be the best jerseys could well be different from ours. However, for entertainment purposes, we’ve shortlisted the best of the bunch for the 2021 season:

The New York Yankees is probably the most iconic baseball team there has ever been. Even outside of the US, most people have heard of the Yankees. Perhaps even more remarkably, those that aren’t all that familiar with the MLB will still know the legendary logo that has been on all of the merchandise for decades already. But coming back to the jersey, we think that the pinstripe design combined with the Yankees’ logo makes the jersey one of the very best of the bunch. For us, the jersey screams style and sophistication, even if it isn’t overly creative.

It’s difficult to look at this jersey and not think that it represents many things that New York City stands for in the first place. The pinstripe design is something seen all over town, with big business taking place on many of Manhattan’s streets. It really is one of the top right now.

While we believe that the Yankees’ jersey is the most stylish in the league, it’s hard to dispute that the St. Louis Cardinals’ jersey isn’t the most creative. This all comes down to the legendary Cardinals logo that is plastered across the front of the jersey, and it certainly makes things more exciting to look at compared to the standard baseball jerseys seen elsewhere. If you look closely, you’ll see that the design represents a Cardinal bird perched on top of a baseball bat, and this really represents everything that the team is all about.

The actual writing on the jersey even hangs off the bat too, although such intricate details tend to be missed by fans who sit in the Cardinal’s huge stadium.

As for the third entry on our list of the best MLB uniforms, we are big fans of the Philadelphia Phillies’ jersey. The reason for this is very simple to be perfectly honest. While the first two jerseys have been particularly stylish and creative, the Phillies’ jersey doesn’t really fit the bill for either of these. However, there is a secret weapon behind the listing here. For us, the jersey represents the more traditional baseball styles that we’ve seen over the last few decades.

There’s nothing overly fancy, and the plain colors sort of create that impression of a good old-fashioned baseball team. Of course, whether you like the blend of blue and dark colors is again, down to personal preference, but we certainly like the look of it. The jersey looks seriously impressive when the Phillies players are tearing up the bases after a big hit too, as you can just see the blur of blue whizzing around the field while the crowd goes wild – at home games that is. 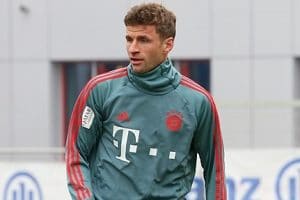