Of all the miraculous plays that can be made in baseball, the one thing that always gets the crowd on their feet involves big hits of the ball. But big hits aren’t enough to determine who deserves a spot on the list of the best MLB hitters right now. Instead, it’s the potential of hitting amazing home runs, the regularity of hitting the ball and getting on base, and several other factors that also need to be taken into account. Rather than having to go and research this for yourself, we figured we’d provide a rundown of the very best hitters in the MLB for 2021 and what makes them so great. It’s all available below, so do read on and enjoy.

As we mentioned previously, there are quite a few factors to take into consideration to create an accurate list of the best MLB hitters. But as things stand, we believe we have sourced the top five players in terms of hitting in the entire MLB, and some of these guys you are likely familiar with:

At the time of writing, Ronald Acuna is probably the most dangerous hitter in baseball. It’s not really the regularity of hits or his ability to get on base that makes him so impressive, it’s more the sheer power he can produce when he steps up to the plate. Looking at many fantasy leagues for the 2021 season, most MLB fans have Acuna tipped as number one – even after his unfortunate leg injury a few months back. As it happens, this leg injury prevented Acuna from participating in the MLB All-Star game too, which is a game he was scheduled to start! Until his season was cut short from the injury, Acuna had already racked up 24 home runs, and this tally was set to increase prior to the injury.

As for his career as a whole, the guy has managed to hit more than 100 home runs, and he has a batting average of .281. This isn’t bad for a guy who only entered the league in 2018.

Following on from Ronald Acuna, we have Mike Trout, who is still fit, healthy, and playing some phenomenal baseball we must say. However, we did sustain a calf injury earlier in the season which kept him out longer than planned, but now he is back and looking more impressive than ever. Currently, Trout has a batting average of .328, which is significantly higher than Acuna’s, and this does show more consistency. But with that said, he isn’t quite as powerful or prolific when it comes to the home runs, as he has hit just 8 in the 2021 season to date.

Mind you, when debating who the best MLB hitters are right now, many would say that it’s the overall team contribution that should be weighted more than singular, spectacular plays. For that reason, Trout absolutely deserves his spot on the list, as the LA Angels wouldn’t be the same team without him. 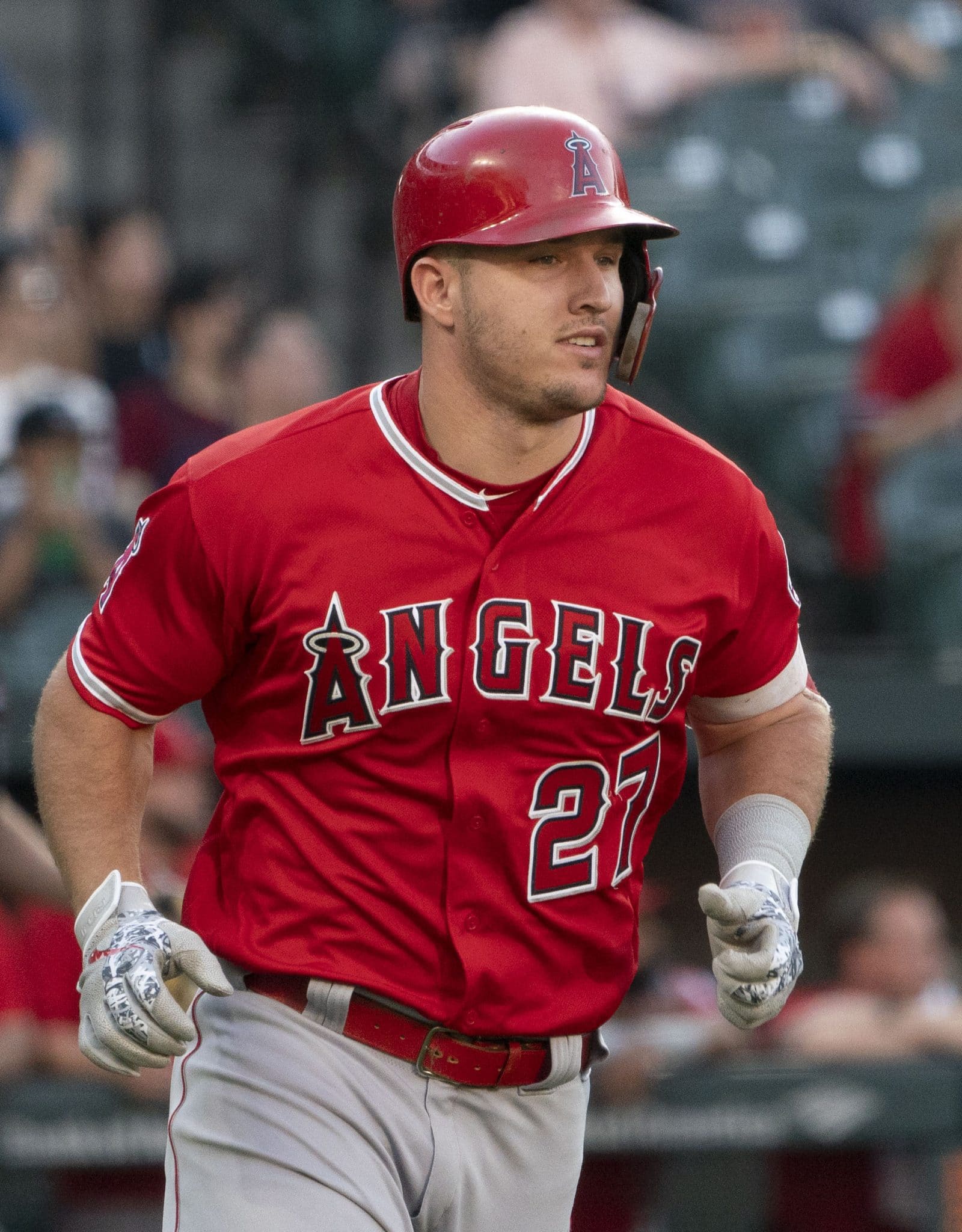 Soto made his MLB debut back in 2018, and he is probably one of the most improved hitters we have seen in recent times. In his first season, Soto was just one spot shy of taking home the Rookie of the Year trophy, but he certainly let this fuel his desire in the very next season. In 2019, he was absolutely influential in helping the Washington Nationals to claim the first World Series Championship they have ever won. And then, while others would be happy with this and somewhat settle, Soto pushed on again in 2020 to win the batting title for the entire MLB league.

This alone would make him one of the best MLB hitters that we’ve had the pleasure of watching over the last few seasons. However, for the 2021 season, he hasn’t been quite as impressive as he was in 2020. With a batting average of .289, this is decent, but not quite the .351 he posted last year! As for his home runs, Soto is usually solid in this department, with 17 to his name at the time of writing.

If you needed any confirmation as to how good Mookie Betts is, you needn’t look further than the 2018 season he enjoyed with the Boston Red Sox. The World Series, Gold Glove, Silver Slugger, Batting Title, and MVP awards all went his way – something that has never previously been achieved in MLB history. Regardless of his current form, this makes him one of the best MLB hitters and one of the best MLB all-rounders there has ever been, and it really is a sight to watch him in full flow on the field. Clearly, he is a fantastic offensive and defensive player, and as for his current form, we believe it’s still enough to land him in the top five.

He has hit 14 home runs so far this season and his batting average is sitting at .268. These aren’t the highest numbers we’ve seen on the list, but it’s still very respectable.

Finally, speaking of all-rounders, Trevor Story is a bit of a beast in all areas of the field. He is actually the only shortstop that has made it onto our list of the best MLB hitters, but he most certainly deserves the recognition. Currently, he has a batting average of .242, which is great for a guy who isn’t a batting specialist per se. And as for his home run scores, he’s still managed to nail 12 of them this season. Combine this with his skills on the rest of the field, we are sure that the Colorado Rockies are more than pleased to have Story on their roster.