On April 20th, the All England Club announced that Russian and Belarusian players would not be welcome to compete in this year’s event. This news has come as quite a shock to players and fans from all over the globe. Then again, with obvious global events taking place in the East, does this announcement really come as a huge surprise? In my opinion, there was always a chance that this might happen. 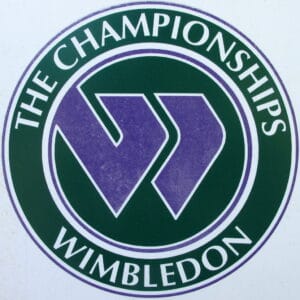 The situation over in Ukraine is looking bleak. And sadly, Russian and Belarusian athletes are getting penalized for it – not just in tennis! In other sports, UEFA has banned Russia from the 2022 World Cup. And in addition to football, we’ve seen a ban for rugby, the Russian Grand Prix contract has been terminated, and there are many other cases too. So really, it would seem that tennis is simply following suit, starting with Wimbledon 2022.

Up until now, the Russian and Belarusian ban hasn’t really impacted the ATP or WTA Tours too much. In the USA, Russian and Belarusian athletes were previously required to compete under a neutral/blank flag, but that’s about it. However, Wimbledon has now stepped up and banned athletes from both nations. Here’s what we know so far and what the impact will be:

Of course, a blanket ban on Belarusian and Russian players is quite substantial. And especially in the men’s game, some of the top players will be impacted by the ban. Players including Daniil Medvedev, Andrew Rublev, Karen Khachanov, and Aslan Karatsev won’t be there for the men’s tournament. As for the women, Sabalenka, Pavlyuchenkova, and Azarenka all won’t be able to play, plus several others. Obviously, this is a huge blow for those individual players.

Reactions From Other Players

As you’d imagine, the news of this ban has caused quite a stir among current and past tennis players. Most notably, Novak Djokovic has come out and labeled the ban as ‘crazy’, stating that the war is not the fault of the players. I tend to agree with him, but I feel the move is more a statement to oppose the current events in Ukraine rather than punishing the individual players. In a shared view, Martina Navratilova, a previous legend of the game, also ‘strongly disagrees’ with the decision.

Possible Action From Other Events

Such radical action to execute this blanket ban has come as quite a surprise to many, as stated previously. And I have to wonder whether this decision will set the stage for possible action from other tournaments. Of course, nobody knows how much longer the conflict will continue between Ukraine and Russia. But if things don’t calm down soon, Russian and Belarus could easily receive a ban from other competitions.

The next Grand Slam after Wimbledon is the US Open, and it wouldn’t surprise me if they also announced a ban.