Day three of the Wimbledon Championships is right on our doorstep. And with the order of play now published for day three, we can look ahead to some of the more exciting matches. Since day three is still just the third round stage of the competition, there is a ton of action to check out as well. 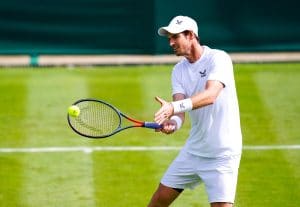 So without further delay, let me address three of the top matches you should tune in for.

The Best Day Three Matches According to the Wimbledon 2022 Schedule

As I’ve mentioned above, there are all kinds of matches taking place on day three. And as it happens, today is also the day where the doubles events get started too. But I will stick with the focus on the singles events here, of which I’ve identified three of them:

Whenever Andy Murray takes to the court at Wimbledon, it has to go down as one of the top games. And for this one, he will take on the big-serving John Isner. This is the last match of the day on Centre Court, and I believe it will be a classic. Historically, Murray has done well against big servers, but he is getting older, and Isner is always a difficult guy to play. Another reason I am picking this game is due to the atmosphere that the match will have. Murray is a home favourite, of course, and the fact that he is still plugging away is inspiring to see.

However, Isner also has many fans in the UK. He has been involved in some epic games at the All England Club. And I think that this could be another.

I’ve picked this particular match due to the style of play from both guys. Goffin is a bit of a grinder, as is Baez, so this already bodes well for a close game. Baez is actually seeded too, whereas David Goffin isn’t. The two have never played each other before, but both are very talented guys. And you’ve also got the nice contrast of Goffin being a veteran of the tour, whereas Baez is still a bit of a newcomer. With newcomers, you always get that element of fearlessness too, which contributes to plenty of intensity.

I really like the way that both of these guys play tennis too. Goffin constructs points beautifully, and Baez is a workhorse out there – always chasing the ball down and never quitting.

Finally, I would advise tuning in for Wickmayer vs Ostapenko, scheduled as the second match on court two today. Ostapenko is a big hitter, seeded 12th, and she always puts on some fireworks out there. However, Wickmayer is also dangerous, so it should be a great game to watch. I do believe that Ostapenko will get the win, but Wickmayer could make this a feisty affair if she takes an early lead.

And by the way, Wickmayer has come through qualifying and won her opening round. She’s done this without losing a set!