Although there aren’t any Masters 1,000 events or slams taking place at the moment, the ATP Tour is by no means taking a breather. In fact, there are still many ATP 250 and other events being played around the world. And today, the final of the Umag 250 event will be played between Carlos Alcaraz and Jannik Sinner. This is the 4th time that these guys will take to the court together. And Alcaraz currently has a 2-1 head-to-head lead, although Sinner took a win in the most recent clash at Wimbledon. 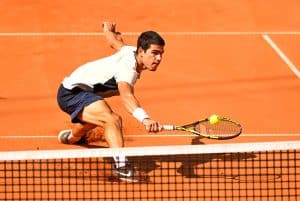 In case you weren’t aware, this tournament is a clay court event, which kind of changes the scope of this match somewhat. Of course, Alcaraz is a formidable clay court player, but Jannik Sinner is pretty handy on the dirt too. So which way will this match swing? Well, I’ve shared my predictions for the ATP 250 Croatia event right here.

These two guys are two of the best ‘young guns’ on tour right now. In fact, as many of you will know, Alcaraz has been tipped as the next big thing in men’s tennis. But Sinner is by no means an easy matchup for Alcaraz, not by any stretch of the imagination. He is a huge hitter of the ball, and he is dangerous on any surface on his day. However, I do believe that Alcaraz has his number on the dirt, hence the predictions I have given for this match right here:

As a reminder, these guys have only played each other three times in the past. And as it happens, they have never played against each other on the clay. Then again, Alcaraz is still pretty new to the tour, despite holding the number 5 ATP ranking at the moment. Anyway, I do think that Alcaraz will beat Sinner today, for several reasons. I think that he is a better athlete than Sinner on the court, which is critical for clay court tennis. And I feel that he is able to utilize key clay court shots to get the job done.

These include heavy kick serves to drag Sinner away from the court. But also, he is able to find great angles with both forehand and backhand strokes. And his drop shot is just out of this world when he is feeling the ball well.

Whenever creating predictions on any match, many people like to look at the more speculative options to get better odds. And that’s why I have selected this market as a possible outcome too. In addition to Alcaraz coming away with the win today, I think he could break Sinner’s serve more than 3.5 times. Of course, this means he has to break the Italian’s serve 4 times or more. Again, I think this is a good option because the clay takes the sting out of Sinner’s serve.

The fact that this market has 2.20 odds is also very appealing! 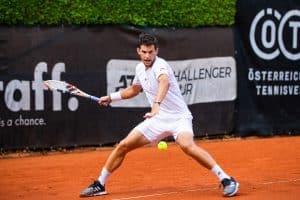 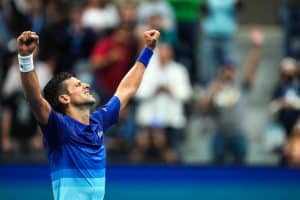