The GOAT debate is one of the most exciting topics that is discussed by tennis fans all around the globe. Some say Federer, others say Nadal, and there are many that say Djokovic is the GOAT of the game. Of course, it’s a debate that will never receive a concrete and undeniable answer. There are reasons to answer with each of these guys depending on the angle that you take.

However, I felt that the ATP Finals highlighted several traits that might tip the scales in favor of Novak Djokovic for this debate. I understand that some fans reading this will disagree with me, and that’s perfectly fine. In fact, I think it keeps the topic somewhat stimulating and exciting to discuss when there are differences in opinion. 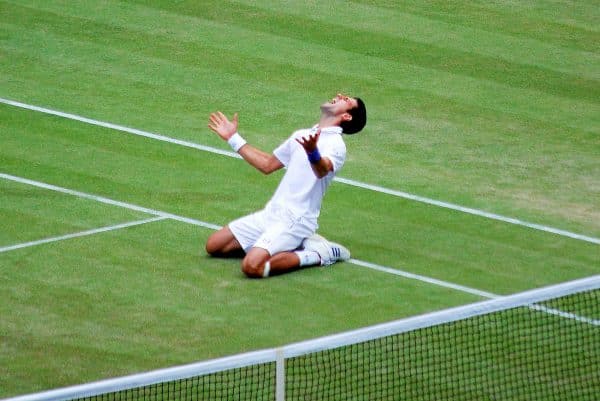 But since I am focusing purely on Novak Djokovic at the ATP Finals here, I won’t be diving in with a general answer to the GOAT debate. Instead, I’ll be talking about the three signs that enhanced the justification for labeling Novak Djokovic as the GOAT of the game. So without further ado, let me reveal the three traits that I witnessed in Turin.

Victory at the ATP Finals marked the 6th time that Novak Djokovic has won the event. Amazingly, he hadn’t actually won the tournament for seven years. This is a serious drought considering how prolific this man is at most ATP tournaments. And in grabbing the title, he has secured a top-five finish for 2022 – an excellent achievement.

But besides these numbers, he showed the world why he is arguably the top contender for going down as the GOAT. Here’s why:

The Desire to Compete and Win

For me, his match against Medvedev displayed everything that people have come to respect over the years concerning Novak Djokovic. Bear in mind that prior to the match, Djokovic didn’t have to play. He was already going to qualify in the top position. And during the match, Djokovic was visibly shaking through exhaustion at the end of the second set.

However, rather than withdraw and save his energy for the semi-finals the next day, he chose to continue. Of course, he ultimately won the game by a score of 7-6 in the final set. For me, this was a remarkable sign of a true champion.

Whenever Djokovic is involved in a match, you just know that he will fight to the bitter end. Just look at how many times he has come back from the brink throughout his career if you are in any doubt. Yet specifically at the ATP Finals, the matches against Medvedev and Fritz really showcased how much of a battler this man is. It just seems like he would rather collapse out there on the court rather than lose.

The Level of Tennis Produced at His Age

Most importantly of all, I have to mention his level of tennis. At 35 years of age, Djokovic is still destroying guys that are more than 10 years younger than him. He looks fitter, stronger, and his level of tennis is generally better than his younger rivals. It’s simply remarkable how he keeps pushing the boundaries and improving, and the title at the ATP Finals was thoroughly deserved. 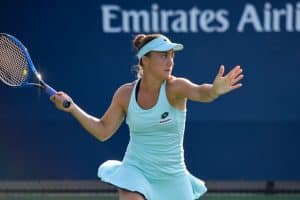 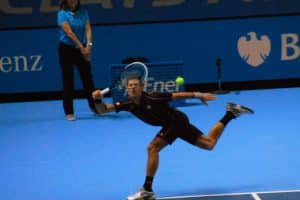 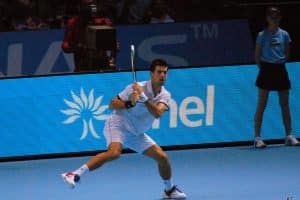