People often talk about the 2011 season with Novak Djokovic. The man went unbeaten for 41 matches at the beginning of 2011. Many believe that this was the highest level of tennis and the greatest dominance over the sport ever displayed. To be honest, I completely agree. The guy was untouchable until Federer snapped his streak at the French Open. However, with the way that Nadal is playing right now, many are starting to wonder whether Nadal could go on to match or surpass this feat. 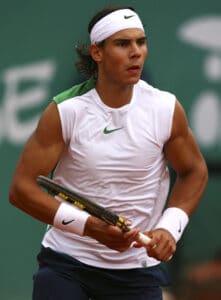 Can Nadal Set a Record for the Unbeaten Streak This Season?

It’s worth mentioning that currently, Nadal has a final match lined up against Cam Norrie. This will be played in Acapulco within the next 24 hours. In my opinion, he will beat Norrie, which would put him on 15-0 for the season. Of course, this is already pretty awesome, but there are some tough challenges ahead if he is to set a new record. Let’s look at this in more detail right now.

Clay Court Season Around the Corner

This is one of the biggest elements regarding whether he can set a new record or not. We all know how good Rafael Nadal is on the dirt. He is an absolute animal out there, and he is incredibly tough to beat in all clay-court events. This means that if he can make it to the clay-court season unbeaten, the 41-0 record could well be on the cards.

In terms of obstacles, this one cannot be ignored. Before we get to the clay-court swing, there are two huge Masters events scheduled. Of course, I am referencing Indian Wells and Miami here. These tournaments are coming up over the next few weeks, and Nadal will be competing. In my opinion, he is playing the best hard court tennis of anyone on the tour right now. But being able to win these events back to back is incredibly difficult. Should he be able to achieve this, however, there will be no stopping the guy!

Following his recent win over Daniil Medvedev in Acapulco, Nadal stated that this was the first time he has been able to play ‘uninhibited’ for months. If you watch the highlights of the game, the tennis he played was just scandalous. I haven’t seen Nadal play that level of tennis for a number of years. Obviously, this bodes very well for his level, confidence, and ultimately, his possible results as we head deeper into the season.

Assuming he stays fit and healthy, this is a space we should all be watching closely!