Every match at the US Open is getting more and more exciting, this one will have even something special. in less than two years, this will be the third time the two have met. So far, each has won one match, so this will be the ideal opportunity for either to go on top and reach the quarter-finals. 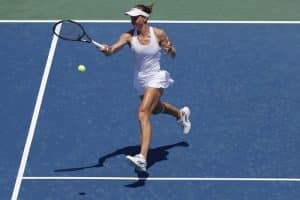 At the last Grand Slam, the Russian was knocked out in the first round, which was a failure. Still, Samsonova showed that she recovered from that fact quickly, and since then she has won two singles, the one in Washington and the one in Cleveland, both in a row.

The Australian tennis player reached the quarter-finals at Wimbledon, and in this tournament, she hopes to match or even surpass that stage. Since then she has had good performances such as in the singles in Toronto and Cincinnati, where she was a finalist.

Samsonova vs Tomljanovic Head to Head

The first Samsonova vs Tomljanovic feature came last year at the Moscow singles, where the two were paired together in round 1. The Australian defeated the Russian in straight sets on home soil. This year, Samsonova got her revenge and eliminated Tomljanovic in three sets.

Tomljanovic is a veteran tennis player, after more than a decade as a professional, her best performance in a Grand Slam was in last year’s edition of Wimbledon, in which she reached the quarterfinals, this is a good opportunity to equal that feat, and even surpass it, but first, she must overcome the young Liudmila, who had never passed the first round of the US Open, and now goes in the round of 16. To set the right bet for Liudmila Samsonova vs Ajla Tomljanovic, read about our predictions and betting tips for free:

Without a doubt, this has been the best year in Samsonova’s short career. Over the last few months, she has shown herself to be in excellent form and added to that the experience she has gained over the last few years. She has had 13 consecutive victories so far, Ajla was one of the thirteen who succumbed to the speed and perseverance of the Russian tennis player. We expect Samsonova to advance in two sets as she did with her first three opponents, otherwise, Tomljanovic suffered in the first three rounds to win.

With Liudmila’s history of first-round failures at the US Open, it was hard to believe that the 23-year-old would be in the round of 16. While two of her opponents were players outside the top 50, her second-round opponent was Canadian Leylah Fernandez, who was the favourite to win. For Samsonova, it was the same as her other two matches, both of which she won in straight sets.

The Australian is doing well to achieve her goal of reaching her first Grand Slam title, but she never imagined that to reach her goal she would have to finish the career of a tennis legend, Serena Williams. Unlike her first two matches, in which she won in 2 hours or even less, in this one she had to work a little harder not to give in to the experience of Serena Williams. Tomljanovic won between sets 7-5, 6-7, 6-1.