It’s fair to say that the Aussies have done rather well at the 2022 Australian Open. Of course, Ash Barty managed to win the women’s event on Saturday evening. And following the women’s singles final, we had four Aussies battling it out for the men’s doubles title. Sure, this guaranteed an Australian winner for the event. But I think I can comfortably say that the crowd favored Kyrgios and Kokkinakis. 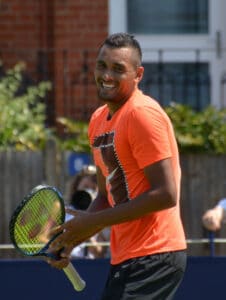 This dynamic duo managed to win the match in straight sets. And to be honest, they looked to be quite comfortable out there on Rod Laver Arena. For a pair that has not really played that much together, nobody was expecting that they would win the Australian Open. So what has been the secret behind their success? Well, let’s take a moment to see why things have gone so well.

Unexpected Winners – How Have They Done It?

I should probably begin by congratulating both Kyrgios and Kokkinakis. I truly believe that they deserved to take the title, and they played some absolutely fantastic tennis over the last two weeks. But as we all know, winning a Grand Slam title does not happen by accident. So let me now highlight some of the key areas that have helped them to win the tournament.

Many top-level athletes will stick with the notion that pressure is a privilege. While yes, this can be true, pressure can do interesting things to someone’s performance. But in the case of Kyrgios and Kokkinakis, they didn’t really expect to make it through any rounds at all in the men’s doubles event. This meant that they could approach each match in a very pressure-free manner. And this has helped them to play their best tennis.

Even as they moved into the later rounds of the event, they were never expected to win. Or should I say, they were never the favorites to move through to the next round? This allowed them to swing freely and have some fun out there on the court.

In tennis, holding your serve is an incredibly important part of the game. This is true in singles, and arguably, it is even more important when it comes to doubles. With Kyrgios, he has an absolutely monstrous serve, making it difficult for people to even get a racket on it at times. And with Kokkinakis, his serve is big enough that Kyrgios was able to get some nice, easy volleys at the net. If you needed any confirmation for this – just look at the final game where Kyrgios served it out!

I think in any doubles partnership it is important that the two players gel well together. These two guys have been friends since childhood, so they will naturally have quite a good relationship out there on the court. And as crazy as Nick Kyrgios can be, I believe that Kokkinakis actually served as a voice of reason and calm. This allowed Kyrgios to channel his energy in more productive ways, shall we say?

So all in all, well done boys!