Injury woes are simply part of being a professional tennis player. Yet some guys certainly seem to suffer more than others in this department. Dominic Thiem is one of these players. If you were to rewind the clock just a few years, Thiem was dubbed as the next gladiator of the tennis world. He even earned the nickname of the ‘Prince of Clay’ after challenging for the Roland Garros title on several occasions. 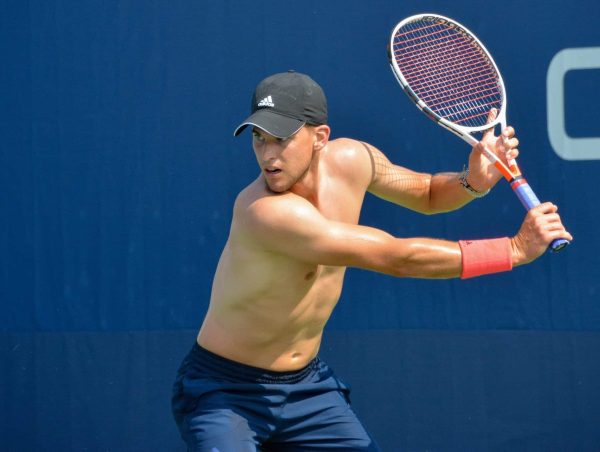 Ultimately, he couldn’t squeeze past Nadal on either occasion (2018 and 2019). But it was undeniable that Thiem was one of the best in the business at the time. He then moved on to win his very first Grand Slam against Alex Zverev at the 2020 US Open. This was his 4th Grand Slam final, and Thiem confessed that this was a huge career goal of his – to win a slam at some point. However, Thiem has since endured a chronic wrist injury that has kept him away from the tour for a period of time.

He actually dropped as low as 352 in the rankings back in July 2022, which seems crazy for a guy of his capabilities. And he certainly struggled when making his comeback from the ongoing injury woes. With this said, are we now seeing signs that Dominic Thiem is getting back to his old form? I’ve provided my opinion below.

At the time of writing, Dominic Thiem has managed to get back up to 173 in the ATP rankings. Of course, this is still way off his career high of number 3. And while it might seem a long way back to become such a top player, I believe that he can replicate his performances and form of the past. So without further ado, let me look at his current form and what might lie in store for the 2023 season.

Thiem made a very ropey return to the ATP Tour earlier this year. He lost a string of successive matches while making his comeback, and naturally, his confidence nosedived as a result of this. But since then, Thiem has dropped down to the Challenger level, scooping up some decent wins. He has also opted to stick mainly with ATP 250 events when he hasn’t been playing Challenger events. And over the last couple of months, he has beaten guys like Djere, Gasquet, Delbonis, Gaston, and other top players.

Many are speculating as to what Dominic Thiem can achieve for the 2023 season. In my personal opinion, I believe that if he keeps his current form going, he can achieve big things for 2023. Sure, I don’t think he can get back to the level where he is challenging for a Grand Slam title next year. But I do believe that he can start to make deep draw runs at the biggest tournaments once again. And it would certainly be great to see him back up there.