As many tennis fans now know, Djokovic has had his Australian visa cancelled. Not only has he been deported, but he now faces a three-year ban from the country. Of course, nobody wanted things to end in this way, but facts are facts. As for the GOAT race, this could have major ramifications, all for the sake of a vaccine. Djokovic, Nadal, and Federer all have 20 Grand Slam titles. And obviously, Djokovic won’t be adding to this tally at the 2022 Australian Open. 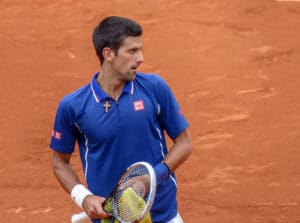 Neither will Federer since he is still out injured, but Nadal is still there competing. In light of these recent events, I figured I’d take a look at how this impacts the GOAT race. And believe me, it is more significant than many people might think – as detailed below.

Is the Goat Race All but Over?

The Australian Open has been Djokovic’s most successful Grand Slam. He has won the title nine times, and many thought he would add to it this year. Of course, this now won’t be possible. So, what kind of impact does this have on who will finish their career with the GOAT accolade? Here are my two cents.

Nadal Now Has a Prime Opportunity

It goes without saying that Nadal wouldn’t have wanted things to be this way. He is a humble man with great morals. However, now that Djokovic isn’t playing, I believe this is a fantastic chance for him to win the Australian Open. Of course, if he was to win the 2022 Australian Open, he would move on to 21 Grand Slams. This would put him ahead of both Federer and Djokovic. And since many believe that slam victories are most important for the GOAT debate, this might solidify his position.

With the next slam of the year being the French Open, Nadal could then move 2 titles ahead of the others.

Three-Year Ban Could Be Major

The conditions of Djokovic’s visa ban haven’t yet been made public. I suspect they won’t be made public for quite some time either. However, he is potentially facing a three-year ban from entering Australia. This would mean that he cannot win the event for the next three years, which is absolutely huge for the GOAT race. I sincerely hope that he isn’t slapped with such a ban, but that is out of anyone’s hands, unfortunately.

Djokovic Could Face Similar Problems at Other Events

This is now one of the biggest concerns due to what has happened in Australia. Sure, what has happened Down Under is rather extreme. But if he remains unvaccinated, the harsh truth is that the walls are closing in on those who have made such a choice. France and the USA already have vaccine mandates in place, and the UK might not be far behind. So he could well face similar problems when trying to compete in the other slams.

So if he is quite literally prohibited from competing, his quest for winning the most slams ever would seem all but finished.