Wow! What a week it has been for the ATP Tour. The last Masters event of the year was completed in Paris yesterday, and it ended in dramatic fashion. As you likely know, the young Holger Rune toppled Djokovic in the Masters final in an epic three-setter. This was a result that nobody expected, and it has had an impact on the ATP rankings. However, there were plenty of other guys in the mix who did well and not so well in the ATP Paris Masters. 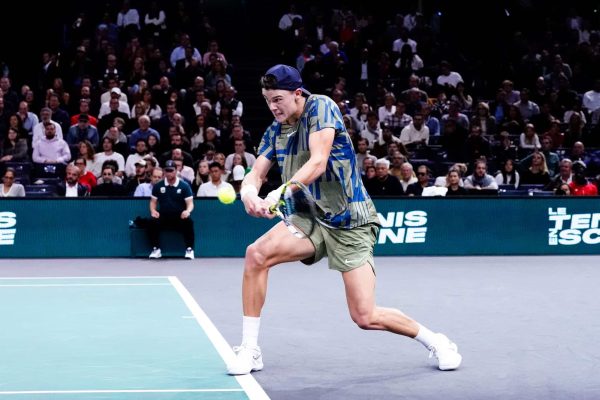 Since this was the only ATP tournament being played last week, it is solely this tournament that has impacted the top-ranked players. But there were other tournaments taking place at the Challenger level too, which has caused a shift lower down the rankings. Anyway – you’re here for the ATP rankings updates as of November 7th, so let’s get started.

With last week being the final Masters 1000 event of the 2022 season, there were 1000 points at stake for the ultimate tournament winner. Of course, the man who captured those points was Holger Rune, yet other guys scooped up points that have helped their rankings too. Below, I shall run through who picked up points, who dropped points, and what impact that has had on the rankings this week.

It’s been a very interesting shift inside the top 10 this week. And there has been far more movement compared to previous weeks on the ATP Tour. Let me start by introducing the most recent addition to the ATP top 10 – Holger Rune. At just 19 years of age, he managed to win his first Masters 1000 title and beat Novak Djokovic in the process. Not only that, but Rune also saved match points in his opener against Wawrinka. And he also beat the in-form Auger-Aliassime as well as the current world number 1, Carlos Alcaraz in the quarter-final (retired during the match).

His win against Djokovic yesterday wrapped up a truly incredible week, and it has taken him eight places up the rankings. He is now the world number 10 after his Paris Masters title. Tsitsipas and Auger-Aliassime also climbed two places each since they both made the semi-finals. This means that Tsitsipas is now number 3 in the world and Auger-Aliassime is number 6. Fritz also entered the top 10 once again despite having a sub-par week, and he has climbed two sports to take the world number 9 ranking.

This is great for all of these guys, but it isn’t great news for Djokovic and Medvedev. Djokovic has fallen one place to number 8 in the rankings despite making the final, and that’s because he won the Paris Masters last year. As for Medvedev, he has dropped two places from 3rd to 5th after losing a whopping 1590 points this week.

The top 10 clearly shows plenty of chopping and changing this week, yet there has been big news in the rankings further down the scale. As it happens, the biggest mover of the week wasn’t actually involved in the Paris Masters. Christopher O’Connell, the experienced Aussie, won a challenger in Japan to rise by 18 spots in the rankings. This tournament victory has taken him from number 102 in the rankings to 84 – making him the ‘climber of the week’.

Immediately behind him, we have Corentin Moutet – the talented lefty from France who made it through qualifying to reach the round of 16 in Paris. He produced two huge main draw wins against Borna Coric and Cam Norrie before losing to Tsitsipas. In doing so, his ranking has increased by 13 spots to take him to number 51 in the ATP rankings.

Thirdly, the man who takes bronze for the climber of the week is Daniel Altmaier. He also won a challenger in Ecuador, beating players like Cecchinato and Coria to take home the glory. And this tournament win has enabled him to rise 11 spots in the rankings to number 80.

This is the section that no player wants to be listed in. However, since there are big winners in tennis, there have to be players that fall onto the other side of the coin too. And the two guys that have fallen hardest this week include Marcos Giron and Tallon Griekspoor. Starting with Giron, he lost 115 points as a result of failing to qualify for the Paris Masters. This has taken him down 11 spots in the rankings to his new position of number 63. Yet as mentioned, it’s not all doom and gloom as he has some company.

Griekspoor matched this rankings drop of 11 spots by also failing to qualify for the main draw of the Paris Masters. As a result, Griekspoor lost just 64 points, although this is enough to take him down to a ranking of 81. The only other man that has experienced a double-digit drop inside the top 100 this week is Dusan Lajovic. He hasn’t actually competed since Vienna back on October 24th. So technically, he has been burned through a lack of activity instead of sub-par performances.

But facts are facts, and Lajovic has fallen by 10 spots to his new ranking of 99.

I think the main ranking story of the week has to go to Holger Rune and his achievement in Paris. Of course, winning your first Masters 1000 tournament at 19 years of age is staggering in itself. Yet doing so and then entering the top 10 in the ATP rankings really does put the cherry on top. Personally, I love his fearless style of play, and his sheer excitement for the game seems to overcome any nerves that he should be feeling, in theory.

And since he is now officially inside the top 10 in the ATP rankings, one can only assume that this is the start of something special. He is in good company regarding young guns starting to break through too, with Carlos Alcaraz being the other obvious player.