Chelsea defender Andreas Christensen has reportedly agreed to join Barcelona in the summer. According to Gerard Romero, the agreement is 99% complete.

So where does this leave Chelsea’s defence for next season? The news comes amid continuous talk of the future of fellow centre-back Antonio Rudiger. Both defenders could leave for free.

The German’s contract at Stamford Bridge expires this summer. He has been linked with a move to many top European clubs. Real Madrid and PSG are reportedly leading the way.

It begs the question as to who Chelsea will bring in this summer to strengthen their defence. 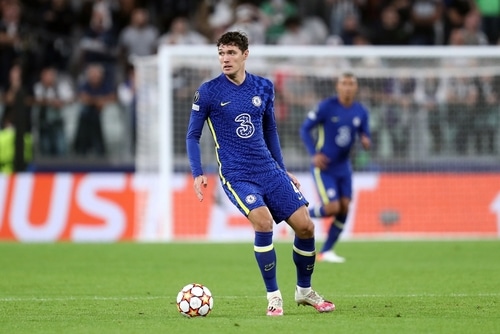 A reported target in recent transfer windows, Jules Kounde could be the man brought in to replace Christensen. The Sevilla centre-back has been watched by many top clubs in recent years.

The French international joined Sevilla from Bordeaux in 2019. The deal was worth around €25m, and so any move now would definitely be north of that figure. He has been a key member of Sevilla’s side this season. They currently sit second in La Liga, just six points behind Real Madrid.

Moreover, the southern Spanish outfit have the best defensive record in the league this season. Kounde has been crucial to that record, with the club conceding just 18 goals. The 23-year-old has formed a strong partnership with Diego Carlos, a reported Newcastle target.

The versatile defender has also been utilised as a right-back this season. That is welcome news for Thomas Tuchel, who could also lose Cesar Azpilicueta on a free this summer.

The Spanish right-back has also been linked with a move to Barcelona. It would continue the club’s smart business of late. The Catalan outfit could also bring in AC Milan midfielder Franck Kessie on a free this summer.

Who else will Chelsea target?

The Blues undoubtedly have strong options at centre-back. Tuchel has combined youth with experience this season. Thiago Silva, at 37, has used all his experience alongside youngsters Malang Sarr and Trevoh Chalobah.

But given the club’s ambitions to compete for multiple trophies, they will want more cover. Chelsea had been chasing Bayern Munich’s Niklas Sule, but he has since agreed to a move to Borussia Dortmund.

The Blues could once again turn to Ligue 1, having previously recruited from France with Thiago Silva. And it could be another PSG recruit, with Presnel Kimpembe reportedly on the club’s radar.

But perhaps Lille youngster Sven Botman is a more realistic option. The 22-year-old has attracted strong interest from the Premier League. Newcastle, Arsenal and Tottenham Hotspur are all keeping tabs on the defender.

Wolves centre-back Max Kilman is another who could be on Chelsea’s list. The 24-year-old has been crucial for Bruno Lage’s side this season. They have been one of the toughest defences in the Premier League to break down.

As ever with Chelsea, there will also be a handful of young defenders coming through the club’s academy. But it seems clear that Kounde remains the number one target this summer.