Paulo Dybala is now into his seventh season with Juventus. But that journey could be coming to an end very soon. The striker’s contract with the club expires this summer.

He could, therefore, leave Turin on a free contract. And according to Tuttomercatoweb, Liverpool are monitoring the situation closely. 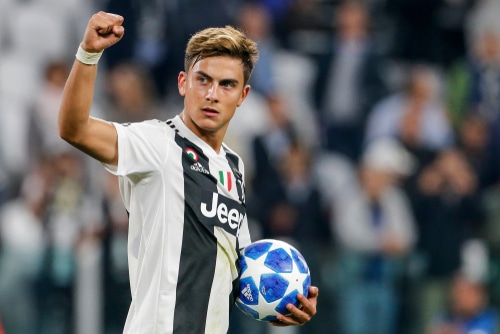 The Reds are well known for pulling off remarkable transfers out of nowhere. Current star Diogo Jota is one such example. Nobody saw Jurgen Klopp make a move for the Portuguese forward when he was at Wolves. But the German manager saw something exciting there. And that hunch proved to be a very good one, with the attacker excelling since joining the Merseyside outfit.

The likes of Andy Robertson and Georginio Wijnaldum from relegated clubs also turned out to be sensational signings. The former joined from Hull, with the latter making the move from Newcastle.

Could a free transfer for Dybala be the next in this impressive list?

The Argentine is exactly the kind of player that would fit perfectly within Klopp’s system. He’s quick, agile, and has superb technical ability on the ball. It’s certainly a player the boss would admire at Anfield. As well as his lethal finishing, the attacker is also very unselfish. He boasts 111 goals and 46 assists in 277 matches for his current club.

Moreover, he has been used in several attacking positions throughout his career. Even this season, Dybala has played as a centre-forward, second striker, and attacking midfielder. Liverpool’s fluid forward line is constantly changing, with each player in the front three occupying different positions throughout a match.

Mohamed Salah and Sadio Mane may play regularly on the wings, but they often slide into a central role, such is Klopp’s system when both attacking and defending. And the likes of Jota and Roberto Firmino, when played centrally, drop deep into midfield more often than not. That specific job is one that Dybala has found himself doing constantly over the years.

Why would Liverpool make their move now?

The Reds have seemingly been linked with the Argentine for some time now. But with his contract rapidly running down, now is the time to make the move. Any deal would take place in the summer, rather than in this current transfer window.

However, the major reason could involve fellow forward Dusan Vlahovic. The Fiorentina striker is close to making a big-money switch to Juventus. That deal could take place in the coming days. And that could severely impact Dybala’s playing time at the club. With no signs of a contract renewal in sight, it could be his last few months for the Italian giants.

It is almost the opposite situation at Anfield. The Reds don’t boast a lot of back-up options for star players Salah and Mane. The duo are currently away on Africa Cup of Nations duty. And their absence has certainly been notable. Players such as Alex Oxlade-Chamberlain and Takumi Minamino have come in during this time. But a player like Dybala would undoubtedly be a step up in class.

Another European star whose contract comes to an end soon is Thomas Muller. Could Klopp be tempted by a sensational swoop for the Bayern Munich man?