NFL Wildcard weekend is here and over the past two years, it’s actually been called Super Wild Card weekend. That’s because the playoff teams are now 7 per conference and this means there’s one more wild card game. We wouldn’t complain about this, right?

As expected, all home teams are favored to win and advance but does that mean that we are going to see all chalk across the board? History says otherwise.

Over the past 20 seasons, we have seen 78 Wild Card games being played. Of them, 30 have been taken by the underdog. That’s 48% and it’s not nothing. Furthermore, this weekend we see a few ‘’barking dogs’’ and you shouldn’t be surprised if at least 3 of the games end up with the favored team losing. The playoffs kick off with two quarterbacks that haven’t been here before. It took Derek Carr 8 seasons to play in a playoff game while Joe Burrow does so in his sophomore year. The latter also has the better stats in terms of yards per attempt (9.9 to 7.7), completion percentage (70% to 68%), and touchdown passes (34 to 23). Still, The Raiders are tough, and we expect an interesting one here.

We will see this matchup play out a third time this season. So far both teams have won one each and have done so at the opponent’s home field. New England probably has the better all-around team, but the Bills have the better quarterback – Josh Allen. He’s thrown for 36 TDs and has rushed for 6 himself. If you don’t stop him, you lose.

This is one of the strongest underdogs in this Wild Card round of 2021. The Cowboys are favored by a field goal at home, but many experts think that the 49ers have what it takes to advance. They have played some hardball over the past weeks and have bullied teams. How the Cowboys rushing defense will hold up – we don’t know.

As opposed to the previous game, in this one, we have the one underdog most likely to lose its game. The Steelers snuck into the playoffs claiming the 7th seed because of an Indiana Colts debacle versus the Jacksonville Jaguars and will now have to face a nuclear offense. Andy Reid and Patrick Mahomes have no intention of losing against the half-retired Ben Roethlisberger.

We love seeing division opponents facing off in the playoffs. The Rams are favored by a little over a field goal here, but we expect this game to be closer than it seems. There’s no doubt that both coaches will bring their A-game on offense but who will blink first on defense? This will likely be the deciding factor in this one. 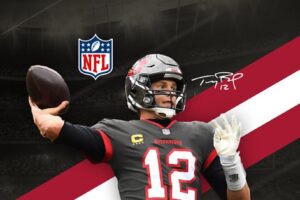