After going over the data, we came up with the following predictions and free betting tips for the Wimbledon vs Sheffield Wednesday match.

These odds are from 888 Sport and are subject to change. This means that you should double-check them before confirming your bet slip.

Sheffield Wednesday currently has a five-point advantage over Wimbledon in the League One table and they are also in better recent form. The Owls lost only one of the last five matches they played, while Wimbledon lost or drew four of the last five matches they played. These teams haven’t faced each other before, but we believe the first time it happens it will be in favor of Sheffield Wednesday.

Below, you can check out the latest bookie odds and match histories for the Wimbledon vs Sheffield Wednesday.

Wimbledon vs Sheffield Wednesday: Top Questions & Answers for the Event 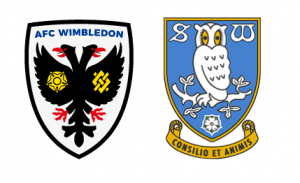