Lanus will travel to Montevideo to continue their good run, and keep the lead of Group A of the Copa Sudamericana. Wanderers will try to get their first win in front of their fans.

To set the right bet for Wanderers vs Lanus, read about our predictions and betting tips for free:

In the first two matchdays, Wanderers had less possession than their opponents and also did not have many clear chances. On the contrary, Lanus created many scoring chances from long possessions, and although they failed to score before Metropolitanos, they have scored four in the competition.

As a result, we think that the Argentinians could have a slight advantage and take this victory by a small margin.

In their home leagues and the South American tournament, both teams do not have a high goal-scoring average. In the Uruguayan league Wanderers average 1.2 goals per game while the Argentinians score 0.9 goals per game.

Taking into account these poor averages, we think that there will be no more than 2 goals in the final score.

Lanus seem to have improved their style of play and have better performances in the Copa Sudamericana, where they have conceded only one goal. Wanderers tend to suffer from some defensive lapses, conceding goals in their first two games and conceding a total of 4 goals.

So, we believe that only the visitors will score in this match.

Wanderers vs Lanus Preview: Will Lanus keep their good run?

After two rounds of the Copa Sudamericana, the Uruguayan team is at the bottom of group A. However, the Wanderers have been able to turn the page and have taken four points out of six in the local league.

In their last match, they had the chance to climb up the table but could not open the scoring and draw 0-0 with Liverpool.

The Copa Sudamericana served as motivation for Lanus, who find themselves at the top of the table. After a draw and a win in the continental tournament, the Argentinian team is undefeated, having won once and drawn twice in the Argentinean league.

Although they got 5 points out of 9 and only climbed one position, they were almost equal to the total score they had obtained until matchday 9th (6 points).

If you want to bet on the top odds for Wanderers vs Lanus, check our selection of odds from the best betting sites:

Some frequent questions for Wanderers vs Lanus 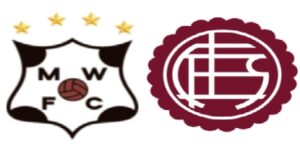 Who is the host? Wanderers is the host at Centenario Stadium in Montevideo, Uruguay

Who is the bookmakers’ favourite to win? The more probably winner is Lanus