Portuguese Primeira Liga strugglers Santa Clara go up against Vizela at the Estádio Do Vizela this weekend. This will be a preview of this encounter with both teams struggling for form.

Vizela went five matches without a victory after a goalless draw with Portimonense in an away match. Santa Clara secured a huge point against Sporting Braga at home courtesy of an injury time equaliser after Paulo Oliveira had given the visitors the lead in the 71st minute. Santa Clara’s goal came through Lincoln in injury time.

Vizela and Santa Clara are two teams who have been struggling in the league by a huge margin. The complete lack of wins has pushed Vizela closer to the bottom three, while Santa Clara already occupy in this position even after the spirited draw against Sporting Braga. Santa Clara last picked up an away victory against Vizela back in 2009 and a lot has changed since then. The two teams do not come into the game in the best possible shape.

Vizela and Santa Clara are emerging as the strugglers for scoring goals in the 2021-22 Portuguese Primera Liga season. Both have averaged less than a goal per game. Vizela have returned six goals from the seven matches while Santa Clara are one down on this record.

Vizela vs Santa Clara: Meeting of the two strugglers

Vizela come into the game with a string of draws that has not exactly helped the team make up places in the league table. It is quite feasible that Vizela find themselves near the bottom three by the end of this weekend. At the same time, a win could also push the team closer to the five places. Cassiano, Mohamed Aidara, and Pedro Silva are out due to injuries.

The threat of relegation is looming large for Santa Clara who have not had a positive result away from home so far this season. Following a string of defeats, the team did pick up a draw against lower league opponent Rio Ave. Rúben Oliveira, Costinha, and Mikel Villanueva are out with injuries.

Analysing the Stats for Vizela vs Santa Clara 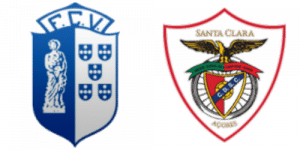