This preview focuses on the Portuguese league meeting between Boavista and Vizela at the Estádio da Capital do Móvel.

Vizela’s terrible away form continued with the team losing 4-0 to Vitoria Guimaraes during the weekend. This was the second consecutive away defeat for Vizela. Boavista, meanwhile, extended the wonderful home form with a 2-0 victory over Santa Clara.

Boavista to win the game

Boavista have been able to get some spectacular home results with the wins over Pacos Ferreira and Santa Clara putting the team in a very strong position. Vizela’s defeats this season have been away from home, but confidence is low for Álvaro Pacheco’s men at this juncture. Boavista were able to claim a narrow victory when these two teams met each other almost a year ago.

The start to the season has seen Vizela concede quite a lot of goals. Álvaro Pacheco has been unable to arrest the team’s defensive structure and this has led to the opposition being able to take complete advantage in the initial few weeks. Vizela have conceded eight goals already whereas Boavista have conceded less than half this tally.

Apart from the two goals scored against Tondela, Vizela have been very poor going forward. Even in the latest match against Vitoria Guimaraes, Vizela ended up having less than 40% of the ball and just two shots on target. Boavista come on the back of two consecutive clean sheets. Even though the team are yet to keep a clean sheet away from home, this game could end up in favour of the visitors.

Vizela are already staring at the possibility of a difficult campaign. After being promoted from the second division, a good start to the home matches would have been ideal. However, away matches are also of significance and Vizela have so far been a huge letdown on the road. Pacheco only has Mohamed Aidara unavailable due to injury.

João Pedro Sousa has seen his Boavista team make a strong start to the season, but both their home wins have been against opposition who would be regarded as winnable against the quality possessed by Boavista. Sousa will ideally be targeting more points over the next few weeks before his team take on Sporting Braga in October.

Crunching the Stats for Vizela vs Boavista

FAQs on Vizela vs Boavista match 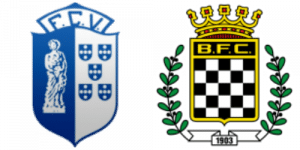