Vizela go up against Benfica for a Portuguese league match this weekend. Benfica have had their worst run of the season so far and Vizela have been going through a lengthy unbeaten run.

Vizela are now unbeaten in six matches across all competitions following the 2-0 victory over Vitória Setúbal. However, the team has not picked up a victory in the league over the last six matches. Benfica enter into the match on the back of a 4-0 home thrashing at the hands of Bayern Munich in the Champions League. Just before the international break, the team lost at home against Portimonense.

Benfica might have lost two out of the last three games, but they should have enough in the locker to be able to recover from this slump in form. Since beating Barcelona in the first Champions League group game, things have been looking down south for the table leaders. However, Benfica will be incredibly motivated to stay top while the team has never lost against Vizela.

Vizela have scored one goal in the two matches against Benfica so far. Even though the visitors come into this game as the table leaders, they have not been prolific since the match against Barcelona. After the heavy loss against Bayern Munich, Benfica will naturally have a more defensive concentration.

Benfica have kept just one clean sheet in the last five matches. This record does not read well against Vizela, who have failed to score only once in the last five games across all competitions. Vizela have been able to get at least a goal in all of their home matches so far this season.

Vizela are unbeaten in six matches, but it is remarkable that the team has been unable to win any of the last six league matches. The success over Tondela at home back in the middle of August now looks like a distant dream for the home team. Vizela will be without Koffi Kouao and Cassiano for this game.

Benfica’s position at the top of Portuguese league is under serious threat even if the team has lost only one game so far this season. There is a lengthy injury list for Benfica, as Gilberto, Rodrigo Pinho, Gedson Fernandes, Valentino Lazaro, Haris Seferovic, Mile Svilar, and Gil Dias are definitely ruled out, while André Almeida is doubtful.

Analysing the Stats for Vizela vs Benfica

FAQs on Vizela vs Benfica game 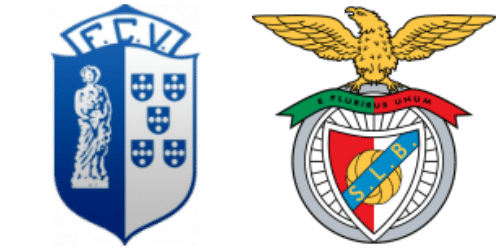