The late kick-off on Saturday night in the Portuguese league will feature Vitoria Guimaraes going up against Moreirense at the Estádio Dom Afonso Henriques. This preview will take a closer look at the game.

Vitoria Guimaraes came away from two difficult matches with a point after losing 1-0 to Sporting Lisbon during the weekend. Just a few days prior to this game, the team were involved in a 3-3 draw with Benfica. Moreirense were held to a 1-1 draw by Pacos Ferreira, while the team lost 1-0 to Sporting Lisbon in the previous game.

The last six home games for Vitoria Guimaraes against Moreirense have produced less than 2.5 goals. The visitors have also had a similar run in the last three league matches. Even though there have been games in which Vitoria Guimaraes have been scoring for fun, these have been few and far between.

The lack of goals from Moreirense will provide belief for Vitoria Guimaraes, but it is difficult to see the game ending is a goalless draw as it has done on a couple of occasions. This is down to Vitoria Guimaraes’ defence lacking conviction over the last few weeks.

Pepa Marques da Costa brings his team into this encounter knowing that they do not have a great winning record against Moreirense. Even then, success from this encounter could provide Vitoria Guimaraes with a crucial jump over the Portimonense in the table. The hosts may be without Jorge Fernandes, Silvio, and Rafa Soares due to injuries.

Moreirense are so far in during a very difficult campaign and the club have been unable to score their way out of trouble. It is quite feasible that the team might end up slipping back into the bottom three by the end of this match day. Filipe Soares and Godfried Frimpong are unavailable for Moreirense.

Analysing the Stats for Vitoria Guimaraes vs Moreirense 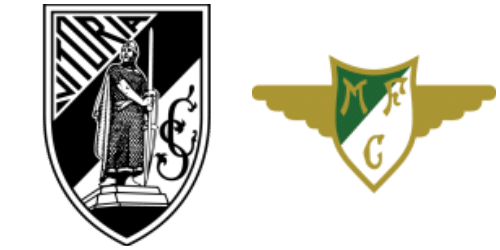