Vitoria Guimaraes are aiming for a third consecutive win over Maritimo when the two teams meet each other at the Estádio Dom Afonso Henriques.

Vitoria Guimaraes have had some decent performances under their belt since the international break. The same cannot be said about Maritimo, who have been without a victory in the last seven matches across all competitions. A low point for Maritimo came in the exit from the Taca de Portugal in the recent match. Vitoria Guimaraes are keen on winning the first home game in three.

Maritimo might have scored two goals in the recent game, but they are a team struggling for any creativity or goals. In the last seven matches, Maritimo have come up with over 1.5 goals only on two occasions. Vitoria Guimaraes have also had a similar struggle with regard to goals. Even though three out of the last five matches for the hosts have produced more than 2.5 goals, this game is likely to end up low on goals.

To win to nil – Vitoria Guimaraes

Maritimo are without a goal in the last three league encounters. They also do not fare well in games against Vitoria Guimaraes after failing to score in five consecutive matches. This would put the Vitoria Guimaraes in a very strong psychological advantage.

Vitoria Guimaraes have a great opportunity to close the gap on places with a victory from this match. After failing to win the last two home matches, there is a desire to start picking up results at home to make places up the table.

Maritimo are still searching for the first victory since the success over Belenenses in the second game of the season. This dry run has pushed the team closer to the bottom three places. Maritimo are badly in need of a positive result to bring some upliftment in the league positions.

Analysing the Stats for Vitoria Guimaraes vs Maritimo 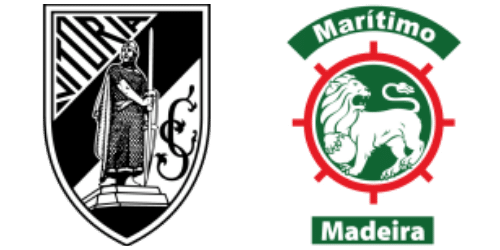