Vitoria Guimaraes take on table leaders Benfica at the Estádio Dom Afonso Henriques. The two teams are separated by a whopping 11 points already even if Vitoria Guimaraes are unbeaten in the last five.

Vitoria Guimaraes were involved in a third consecutive draw during the weekend, as they could only manage a 2-2 draw with Arouca. Benfica remained at the top of the table following a 3-1 victory over Boavista.

Benfica have come up with some excellent performances over the last few weeks. Even with the Champions League match against Barcelona around the corner, Benfica are unlikely to switch off for this game. The table leaders might have a tough time against Vitoria Guimaraes, who are unbeaten in the last five league outings. In fact, Vitoria Guimaraes have managed to stay unbeaten since the opening day loss.

Benfica have not exactly made Vitoria Guimaraes run for cover in the recent head-to-head matches against this team. Over the last six meetings between these two teams, Benfica have only come up with seven goals. There is a case for Benfica to be quite wary of picking up any serious injuries with a busy fixture schedule coming up. This may lead to the visitors sitting back for most of the game.

Darwin Nunez has been impressive for Benfica over the last few games. The 22-year-old scored six goals in his first season with Benfica. He is already up to 4 goals for the campaign from just four games. This includes goals in back-to-back matches.

Vitoria Guimaraes might have suffered just one defeat so far this season, but a lack of wins has meant that there is a struggle to get closer to the European qualification places. Vitoria Guimaraes have been able to benefit from a stringent defence that has conceded only three goals – the same as table leaders Benfica.

Benfica come into this game after having registered four wins in the last six matches against Vitoria Guimaraes. The Champions League match against Barcelona holds a lot of significance for the Portuguese club in their efforts to qualify. The recent form has been extremely good and Benfica continue to open up a sizable lead over Porto and Sporting Lisbon.

Analysing the Primeira Liga match between Vitoria Guimaraes and Benfica 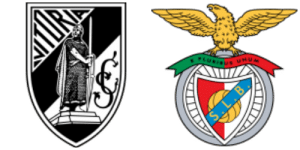