Vitesse and Twente go head-to-head for three Eredivisie points when they meet at the GelreDome. Read our free predictions and find the latest odds for the game below in our expert match preview.

Vitesse could climb into the top three if they beat Twente and other results go their way this weekend. Read our top three expert predictions for Sunday’s fixture below.

Twente won 1-0 at home to Utrecht in their last Eredivisie assignment, however, on the road their performances have been far less assured as evidenced by their disappointing back-to-back defeats at Fortuna Sittard and Cambuur. Vitesse meanwhile, have won three of their last four matches in all competitions and they are wielding enough confidence to put poor travellers Twente to the sword.

Encounters between Vitesse and Twente have routinely been low-scoring tussles in recent seasons, indeed, just one of their last three meetings produced over 2.5 goals and all three efforts on that occasion were struck from the penalty spot. This term, both clubs are averaging just 0.75 goals per 90 minutes of Eredivisie football and with those factors considered, the under 2.5 goals market looks an appealing option again.

With little action anticipated at the GelreDome on Sunday, bettors are also advised to back a draw in the half-time result market. 75% of Twente’s first four league fixtures this term went in level at the break, as did two of their last three skirmishes with Vitesse. We expect Sunday’s fixture to have a similarly tentative start and we’re tipping the teams to be all square at half time as a result.

Vitesse boss Thomas Letsch could be without injured duo Dominik Oroz and Million Manhoef this weekend. Oussama Tannane and Patrick Vroegh will be pushing to start having come off the bench in Vitesse’s win at RKC Waalwijk last weekend. Vitesse won 2-0 at Slovenian outfit Mura in midweek in their first Europa Conference League group test of the campaign.

Kik Pierie, Vaclav Cerny and Jody Lukoki are all expected to miss Sunday’s game in Arnhem. Jesse Bosch and Virgil Misidjan are both in with a chance of starting the fixture however. Twente rank among the bottom three clubs for average possession (44.9%) this season – something that manager Ron Jans will be keen to address.

Top Betting Odds and Stats for Vitesse vs Twente 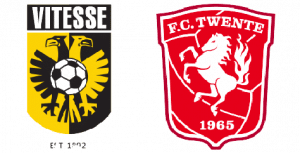 We recommend using Betfred for Sunday’s game. They have the best odds for Vitesse vs Twente.

Where can I watch Vitesse vs Twente via livestream?

The game can be streamed on Watch ESPN.