Celtic come into this match fresh off the back of winning the League Cup. Can they keep the good vibes coming with another three points in the Premiership? Find out with our St Mirren vs Celtic preview here along with the predictions and free tips we mention along the way.

An away win to nil

HT/FT to both go Celtic’s way

Finally, we’ll take a look at the over/under goals market. Celtic have been one of the highest scoring teams in the Premiership this season; as a result of their goal scoring ability, their games tend to be on the high-scoring side. Four of Celtic’s last five games in all competitions have seen at least three goals scored. In like manner, clashes between these two have produced a lot of goals; as all of their last six encounters have gone over 2.5. As a matter of fact, Celtic have scored ten goals in their last two meetings with St Mirren alone. With this in mind, this looks like a high-scoring affair.

The best odds for St Mirren vs Celtic

St Mirren have been going through a rough patch over the past couple of months; they are without a win in their last nine games, with five draws and four losses. Jim Goodwin’s men will hope to get back to winning ways as Celtic come calling; will Eamon Brophy be able to lead his team to victory?

The final word on St Mirren vs Celtic 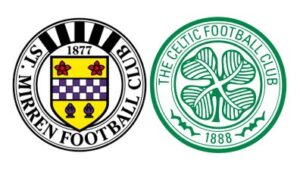