There is more than just a little bit on the line here as these two do battle in the play-offs. Who will come out on top? Find out with our St Johnstone vs Inverness preview here along with the predictions and free tips we mention along the way.

St Johnstone might have blown a lead in the first leg to end the game level but we don’t see them making the same mistake here. Their head to head record with Inverness now reads as three wins and two draws in the last five. On top of that, Inverness have only won two of their last five away matches. Throw into the conversation that St Johnstone have a home crowd cheering them on and they should have enough to get through this match.

In terms of recent form, the goals have not exactly poured for either side with St Johnstone and Inverness both going under 2.5 goals in the majority of their respective last five matches. The reason we are betting on ‘over’ is in the head to head record; the last five clashes between these two have all gone north of the 2.5 mark with the average goals per game in that period coming in at 3.4.

The best odds for St Johnstone vs Inverness

St Johnstone might edge the betting for this match but they’ll be far from complacent about completing the job in this second leg after blowing that 2-0 lead. Shaun Rooney, who scored the opener in the first leg, is a big player for the hosts and the home crowd will be hoping he can deliver again here.

Inverness looked dead and buried at half time in the first leg but they showed great courage to come back into the tie. This time though they’ll need to do it in St Johnstone’s back yard, which does make things more difficult for them. Can Reece McAlear deliver the goods again? The St Johnstone backline are unlikely to be looking forward to meeting him again after his brace last time out.

The final word on St Johnstone vs Inverness 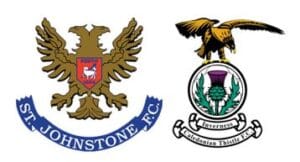